Rasmusen: The Economic Value of a Law Degree and the 'Typical' Law Student 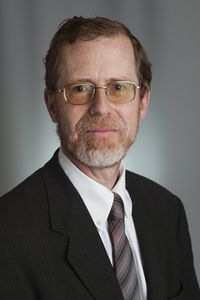 Eric B. Rasmusen (Indiana University, Kelley School of Business), The Economic Value of a Law Degree and the 'Typical' Law Student:

At our law-and-econ lunch at Indiana University we talked about the Simkovic-McIntyre paper on the value of going to law school and the point that law students are a select bunch. My father, citing his experience in the Navy in 1945 and as a grand jury foreman in the 70's, liked to say that university people don't understand what ordinary people are like. So I looked up some facts, and here is my guess at what a typical law student is like.

I came across this conversion formula for SAT to LSAT (correlation):

He is at about the 58th percentile of the SAT.

That's a score of 1590 if we multiply 531 by 3. A website rather optimistically suggests that someone with a three-test score of 1590 apply to these colleges (25th-75th percentiles of admitted students):

For a better chance of getting in, he should apply to these ones instead:

Thus, it looks to me as if the typical law student isn't all that much smarter than the typical undergraduate at a college selective enough to require an admissions test. He's a little smarter, though.

What does that mean for thinking about the value of a law degree ? Our typical law student doesn’t now and never did have a chance at Big Law. But his alternative to law school is little better than that of other college students.

Listed below are links to weblogs that reference Rasmusen: The Economic Value of a Law Degree and the 'Typical' Law Student:

A problem with your analysis is that you are looking at current law students but the paper looks at people who graduated between five and 50 years ago. As there has been a large increase in the number of law schools over the past 50 years, it is likely that the average person in the paper is far above the current average for law students. Of course you also ignore the sample selection issue. Finally, I find it bizarre that consider a formula you found on the internet reliable even though you can't verify it.

(1) Jobs, maybe I do. The source you give, http://abovethelaw.com/2013/06/the-law-schools-with-the-highest-and-lowest-median-lsat-scores/, doesn't give its own source for its supposed bottom 5 schools. If you look at my source, you'll see there are a bunch with (25th+75th)/2 scores below 152.

(2) I must confess to an error, though: I didn't realize that the list I used combined 3rd tier with 4th tier law schools. Thus, Albany is lower in the list by LSAT score than I thought. Feel free to redo my analysis for whatever law school you think is typical.

(3) On the other hand, my source didn't include law schools not accredited by the ABA. I don't know if they are worse than the low end of the accredited law schools or not. I wouldn't trust the ABA to have a good list of requirements for accreditation--maybe they do, but I wouldn't be surprised if they require a library, faculty research, racial preferences, tenure for faculty, and so forth. I'm sure I could create a law school without all those things that would be better than those ranked around 150, except outside of California I wouldn't get any students because bar exams would be closed to my graduates. So add at least this list:
http://california.resourcesforattorneys.com/unaccreditedlawschools.html

(4) For the S-K study, what matters is whether a law school is in their data. I don't know if they count unaccredited J.D.'s. People who have them would certainly answer "Yes" if asked whether they have a J.D. (Many would say, "And I passed the California Bar Exam---could you do that?") It also matters what the quality of law students was during their sample period. If the number of law schools increased a lot since then, the median law student now would be worse than the median law school in their sample. But this seems not to be the case---see http://www.americanbar.org/groups/legal_education/resources/aba_approved_law_schools/by_year_approved.html.

(5) Also important is that our data only have 25th and 75th percentile scores. If schools drop their standards a lot for affirmative action students, then the average at a school would be a lot lower than the median or the 25-75-center that we all use. Thus, there may be a lot of students with my "Albany typical" score of 152 who are enrolled in law schools ranked much higher. My impression is that it is impossible to find this out because the authorities stopped releasing this data some years ago because it was too embarassing for them (their concealment of the average, the obvious thing to report for a school, is most likely related to that too).

(6) Another criticism you can make of my Albany typical student is that I ignored the size of the various law schools. If the top 100 law schools have much bigger enrollments than the rest, then the median law student might be at a number 56 law school.

(7) As you can see, there are a lot of ways to improve my back-of-the-envelope estimate, which I offer only to make people realize that they shouldn't be thinking of the job woes of Vanderbilt Law grads when they think about the law market. Those guys are the elite. It really would be a good thing for someone to carefully address the question of what the typical law student is like (a good M.A. topic?) or what the distribution of law students is like (a good Ph.D. topic?)

Admittedly, considering unranked law schools might lower it a bit, but I'm not sure that the law school with the third-lowest median LSAT among the 193 schools is the appropriate measure.

2. Your analysis doesn't include the other principal factor, GPA.

That's assuming the validity of any of the rest of your analysis--I'll note, for example, that your source for the formula states "I haven't seen any information regarding the origins of this formula, so if you have any, please let me know."

Even Cooley has an LSAT median in the mid-140s and Thomas Jefferson in the high 140s. Those are among the most terrible of law schools, but even a 145 is still above the 25th percentile *of a --self-selecting-- group of college graduate test takers*.

Based on a survey of 70 people, with no information about how that group was selected.