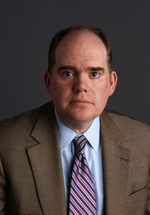 I became interested in tax during law school – thanks largely to the inspired teaching of Bill Popkin and Ed Zelinsky, both of whom were visitors at Yale. After law school, I spent more than a decade toggling between two incubators for would-be tax professors: the Office of Tax Policy at Treasury and the law firm of Caplin & Drysdale. Both places have an impressive concentration of gifted tax lawyers. In practice, I learned to think like a tax lawyer from Mort Caplin, Doug Drysdale, David Rosenbloom, and Richard Skillman, among many others. At Treasury, I had the benefit of leaders such as Jon Talisman, Pam Olson, Eric Solomon, and Don Lubick, and I formed lasting friendships with Len Burman, Mike Kirsch, and Paul Smith. My government colleagues, as much by example as by instruction, guided my movement from tax law into tax policy.

When I decided to enter academics, I was hardly prepared for the number of individuals who offered invaluable guidance in preparing for the market and navigating the appointments process. I owe debts of gratitude to Anne Alstott, Reuven Avi-Yonah, Noel Cunningham, Dan Halperin, Tony Kronman, Daryl Levinson, Kyle Logue, Deborah Schenk, Dan Shaviro, and George Yin (as well as former colleagues from practice and from government).

All these folks from academia, government, and practice helped me prepare for what is turning out to be the best job I’ve had yet. I’m excited about the many challenges and opportunities of teaching and research, and I now look forward to being a mentor to my own students in the coming years.

Listed below are links to weblogs that reference Michael Doran Leaves Georgetown for Virginia:

Great professor. Extremely knowledgeable but also down to earth.