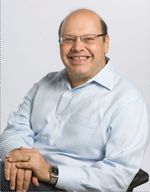 In PPL, the Supreme Court held unanimously that a British tax on privatized utility companies qualified as creditable despite not meeting the literal terms of the 1.901-2 regulations. This was a surprising decision from Justice Thomas because he is known for preferring a literal approach to reading the law. In fact, the last unanimous tax decision by the Court may have been Gitlitz, a 2001 decision by Justice Thomas applying a very literal reading to the Code (which was promptly reversed by Congress)

In any case, in my opinion PPL was correctly decided, for three reasons.

First, from a substance over form perspective the decision is clearly correct because as PPL argued in the majority of the cases the tax could be recast algebraically as a tax on profits. The fact that this reformulation did not work in a small number of cases, as argued in the amicus brief by Michael Graetz and his colleagues, should not affect the outcome because what matters is the overall character of the tax in the common situation it applies. Second, the 901 regulation does not define excess profit tax and this should leave the Court ample room to define it in any way it wants without regard to the three prong test for income taxes. Finally, as I have argued as a policy matter the credit should be allowed to give countries maximum freedom to fashion their tax laws without worrying about creditability.

The decisions main impact may be not be on the narrow issue it addresses, which is unlikely to come up again in this form, but rather on tax reform. Because the main territoriality proposals abolish the indirect credit under 902, and because the decision expands creditability, it makes tax reform more plausible as a revenue raiser. Whether this will be enough to persuade Congress to adopt territoriality despite the risk that it will prompt companies like Apple (whose CEO is testifying on this subject today before the Permanent Subcommittee on Investigations) to shift more profits overseas remains to be seen. 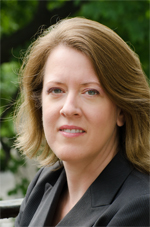 The Supreme Court unanimously decided in favor of the taxpayer with respect to the creditability of a foreign tax in PPL Corp & Subsidiaries v. Commissioner, released yesterday. In an opinion authored by Justice Thomas with a concurrence from Justice Sotomayor, the Court held that PPL Corp., a US company that owned a large interest in a UK energy company, is allowed to credit against its US income tax an amount paid as a “windfall tax” to the UK government in 1997. The ruling reverses the judgment of the Court of Appeals for the Third Circuit, siding instead with the Tax Court and the Court of Appeals for the Fifth Circuit in Entergy Corp. & Affiliated Subsidiaries v. Commissioner, 683 F. 3d 233.

The case settles a circuit split but it leaves unresolved interpretive issues concerning Reg § 1.901-2(a)(1), which defines when a foreign tax is creditable for US purposes. The most discussed interpretive issue will likely be that involving the role of “outliers” in determining the predominant character of a tax, which Paul Clement focused on in his oral argument on behalf of PPL Corp. and which amici argued on both sides. The outlier issue is fairly simple to understand but, despite receiving direct attention in the decision in this case, is perhaps not wholly resolved. The issue turns on what the regulations mean when they say that “a tax either is or is not an income tax, in its entirety, for all persons subject to the tax.”

According to a tax professors’ amici brief led by Prof. Anne Alstott, this language means that no one taxpayer can be dismissed as an outlier: that a tax can only be an income tax if it acts as an income tax with respect to every taxpayer. But according to the taxpayer, and now according to the Supreme Court, some “outliers” can apparently be ignored so long as, for the most part, the tax acts like an income tax with respect to most taxpayers. At oral argument, Justice Kagan appeared to strongly disagree with this position, as discussed here, but she contributed no written opinion in the case. Justice Sotomayor also appeared disinclined to this position at oral argument, and her concurring opinion in the PPL decision leaves plenty of room for speculation as to how the Government might try to distinguish a future case from PPL.

But even though it will likely be the most discussed feature of the case, the outlier issue is not the only interpretive gloss to emerge here. Justice Thomas also introduced a small but potentially interesting twist on the habitual presentation of the last clause of the “predominant character” rule; namely, the part that requires the foreign tax to be an income tax “in the US sense.”

Justice Thomas explains in the decision that this clause means that “foreign tax creditability depends on whether the tax, if enacted in the US, would be an income, war profits, or excess profits tax” [emphasis added]. These italicized words present what might be viewed as a hardly noteworthy deviation from past jurisprudence, which generally seems to simply repeat verbatim the regulatory language before going on to discuss the longstanding doctrine starting with Biddle v. Commissioner, as Justice Thomas does in the present decision.

Thus, it is quite possible that the slight reworking of the language is completely immaterial. One could well argue that there is no meaningful difference between a tax that is an income tax “in the US sense” and one that would be an income tax “if enacted in the US.” But we in tax know how much can turn on a single word in a statute or a regulation, and even in a single punctuation mark. Perhaps it does not strain credulity too much to take this new language seriously as a gloss, and query what it might mean.

Justice Thomas looks at the tax in question and effectively asks, would it look like an income tax if it were enacted in the US? It is not too far of a leap to go from asking that question to asking whether, if Congress enacted a tax like this, it could survive constitutional challenge as an allowable tax under the 16th amendment, whether it is a direct tax or an indirect tax, and what the constitutional implications of that decision might turn on, and so on, down the rabbit hole of constitutional parameters and permissions on taxation in America.

We can well imagine that many tax law professors and perhaps many practitioners as well could choose to have a lot of fun with the UK windfall tax if Congress tried to enact it as an income tax. Thus it is at least arguable that Justice Thomas’ suggestion that the tax would have to be an income tax if it were enacted in the US might ultimately prove to be a more, rather than less, strict analysis than that traditionally accorded to the “US sense” language.

Thus a small and perhaps insignificant interpretive step it may be, but fortunes have been made and lost on less distinction, as we in the tax community are all too aware.

You can view my more extensive opinion recap on SCOTUSblog some time later in the day today.

Listed below are links to weblogs that reference Avi-Yonah and Christians on Yesterday's PPL Decision: