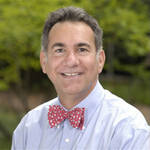 Howard Abrams is a renowned expert in the areas of partnership taxation and corporate taxation.  A professor at Emory Law School since 1983, he has been a visiting professor at Cornell, Berkeley and Yale law schools and, most recently, USD School of Law in fall 2012. ... [Dean Stephen C. Ferruolo said] “I am particularly pleased that Howard Abrams will be assuming the directorship of our tax programs, and will continue to build on the achievements of Professor-in-Residence John Forry, who has directed the tax programs since 2011.”

Howard is perhaps best known for his book, Federal Income Taxation of Corporations and Partnerships (Aspen, 4th ed. 2008) (with Richard Doernberg (Emory) & Don Leatherman (Tennessee)). He was a finalist in Emory's 2012 dean search and caused quite a stir with his remarkable decanal application statement.

This is quite a coup for San Diego and its nationally ranked tax program, especially in conjunction with the previously announced move of Victor Fleischer and Miranda Perry Fleischer from Colorado to San Diego:

“These appointments are not only major additions to our distinguished law faculty, but reflect the success of our efforts to re-establish our graduate tax program as one of the strongest in the country,” said Dean Ferruolo. ...

“These appointments are like hitting the trifecta,” said Frank Partnoy, George E. Barrett Professor of Law and Finance and director of USD’s Center for Corporate and Securities Law. “All three are prominent teachers and scholars, not only in tax, but in business law generally."

Listed below are links to weblogs that reference Howard Abrams Leaves Emory for San Diego:

After thirty years, he won't be attending any more Braves and Falcons games.