The Tax Consequences of Superman's Diamonds 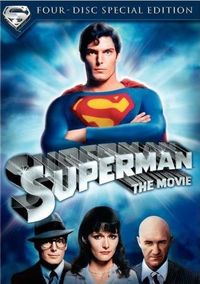 The answer to the first question is “probably not.”  A traditional, almost fundamental principle of income tax is that a gain in value must be realized before it can be taxed. ...It seems clear that improving the value of the carbon is not such a taxable event, since there is neither a sale nor disposition of the property of any kind.  An analogy might be made to a painting that appreciates in value; the increase in value is not taxed until the painting is sold, given away, etc.

If the diamonds are given to Lois Lane, however, that is obviously a gift, which has its own set of special rules.  In the US, gifts are generally not taxable income for the recipient.  26 USC 102(a).  But there is a gift tax that is ordinarily paid by the giver.  26 USC 2501(a)(1) and 26 USC 2502(c).  However, there is a significant exclusion for gifts that currently stands at $13,000 per-recipient per-year.  Thus the question is, presuming the diamonds were given as a gift today, would they exceed the exclusion?

Obviously this depends on the size and quality of the diamond and the state of the diamond market, but for example the diamond given to Lana Lang in Superman III appears to be about 3.5 to 4 carats and of very good quality.  Looking at stones for sale on Blue Nile, a similar diamond would cost somewhere between $150,000 and $400,000, depending on the particulars, which is far beyond the gift exclusion.  So how much would Superman be on the hook for?  The answer is “a lot.” ...

Superman could theoretically avoid gift tax liability by performing the gratuitous service of crushing coal into diamonds rather than giving a finished diamond. Although it is true that gratuitous services are not taxed, it is also true that the IRS and the courts frown on tax avoidance schemes that attempt to exalt form over substance.  Gregory v. Helvering, 293 U.S. 465 (1935).  So a scheme by which Superman handed someone a piece of coal, fully intending to turn it into a diamond, then did so, would be tantamount to simply giving them a diamond.  The IRS would focus on the substance of the transaction, not the form, and consider it a taxable gift of property.

But if, for example, Superman were at someone’s house for a barbecue and decided to thank them for dinner by crushing a lump of their own charcoal into a diamond, that would be different.  In that case Superman really would be performing a gratuitous service. ...

Superman has crushed coal into diamonds for various reasons, but one of the best known was his gift of a ring to Lana Lang in Superman III.  This raises an interesting question: is an engagement ring subject to gift tax?  There is, subject to certain qualifications, an unlimited marital deduction for gifts between spouses, but what about an engagement ring, which is given in anticipation of marriage?

The law surrounding engagement rings and other pre-nuptial gifts has a long and complex history, dating back to at least the Romans.  Most of the law has to do with who owns such gifts, particularly if the marriage is called off.  But it turns out that none of that matters for tax purposes.  If the donor and donee aren’t married at the time of the gift, then the marital deduction doesn’t apply.  26 U.S.C. § 2523(a).  So an engagement ring is subject to gift tax, even if the donor and donee get married later that same year.  In practice I suspect that few people actually report such gifts, even in the rare case where it would make a difference in their ultimate tax liability, but maybe Superman would actually be moral enough to do so.

Crushing coal into diamonds still doesn’t create tax liability for Superman, and he still has some ways to avoid liability if he crushes coal into diamonds for other people, but he has to be careful about it.  And strictly speaking he probably should have reported that ring he gave to Lana.

Listed below are links to weblogs that reference The Tax Consequences of Superman's Diamonds:

Another possibility to avoid a high tax would be to crush massive amounts of coal into diamonds and collapse the world price. If he just took two or three rail coal cars (120 ton each) in a market where less that 30 tons per year are produced, I would suspect that the diamond market would implode, but I have no idea how that would play out.

David will be a popular guest to settle this controversy with attendees at Comic-Con.

I the discussion on the marital exclusion misses an important point in the analysis. The gift tax does not apply until you have made a completed gift. I ring given in contemplation of marriage (in most states) must be returned to the giver if the marriage does not occur. As such, there is no completed gift until after the marriage. At the moment of marriage, Code Section 2523(a) will apply. Thus, (again, in most states) there should not at any time be a gift tax liability on an engagement ring.