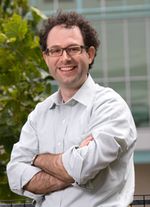 It is commonly and correctly claimed that our national tax on income systematically undertaxes the income derived from owner-occupied housing. It is a truism of the fiscal federalism literature that the real property tax should be assigned to the lowest level of government. Because the real property tax is (largely) a tax on the income derived from owner-occupied housing, it appears that, in practice, our federal government has appropriately ceded this part of the income tax base to local governments.

This theoretically satisfying ex post rationalization for our current system has become increasingly frayed as the local real property tax has declined and the federal housing subsidy has, if anything, increased.

There is little reason that property taxes could not be withheld from income, especially in the majority of states with income taxes -- indeed this is a service essentially already provided by many mortgage providers (through escrow). A property tax withholding regime instituted more broadly would not only ease budgeting for both taxpayers and local governments, but administering the property tax along with the income tax could improve the property tax. Specifically, withholding in connection with income allows for the property tax to respond effectively to the liquidity and progressivity concerns that plague the property tax. For instance, circuit breaker-type protections could be instituted directly through the income tax. Such a regime of incorporating income tax elements into the property tax would let “homevoters” respond directly to the relative merits of proposed projects without concern that they must insure themselves against future liquidity problems. These reforms could thus lead to increased local funding of good projects. In short, states and localities have allowed a revenue source to wither because it is collected poorly even though it is one that could possibly significantly mitigate their revenue problems, particularly as to volatility. The federal government should be concerned with the decline of the property tax not only because of this increase in state and local revenue volatility, but because of the reduced ability of the local property tax to serve as a complement to the federal income tax.

Listed below are links to weblogs that reference Shanske Presents Modernizing the Property Tax Today at NYU:

"It is a truism of the fiscal federalism literature that the real property tax should be assigned to the lowest level of government."

Serrano v. Priest fundamentally changed the property tax from a local tax to a state tax. The funds are redistributed at the state level. Redistribution at the federal level would not substantially change this effect. Property tax has not been a local tax since the early 1970's.

If a state government wants to borrow money secured by property tax revenue due but not yet paid, it can issue bonds. Is this a solution to a non-problem?