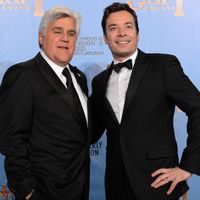 Quietly tucked into tentative state budget is a provision that would help NBC move “The Tonight Show” back to New York, the Daily News has learned.

The provision would make state tax credits available for the producers of “a talk or variety program that filmed at least five seasons outside the state prior to its first relocated season in New York,” budget documents show.

In addition, the episodes “must be filmed before a studio audience” of at least 200 people. And the program must have an annual production budget of at least $30 million or incur at least $10 million a year in capital expenses.

In other words, a program exactly like “The Tonight Show.”

Listed below are links to weblogs that reference New York Uses 'Jimmy Fallon Tax Credit' to Lure The Tonight Show From L.A.:

At least tax breaks that Southern states offer to car manufacturers result in hundreds of billions of dollars in capital investments and tens of billions in wages to "working families." But, isn't it so noble to help Hollywood (or New York TV execs, in this case) with more tax breaks?

What's the opposite of a bill of attainder?

Why in the world do wealthy Democrats qualify for a tax break? According to Democrats, wealthy people and wealthy businesses earn enough money to "give back" to the "community". Or is that, *gasp*, what they've been telling us all these years is a lie?

Its New York. Stupid is endemic and Corruption is a byword.