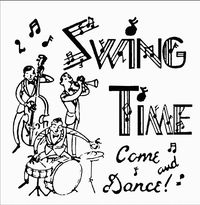 These are strange days, when we are told both that tax incentives can transform technologies yet higher taxes will not drag down the economy. So which is it? Do taxes change behavior or not? Of course they do, but often in ways that policy hands never anticipate, let alone intend. Consider, for example, how federal taxes hobbled Swing music and gave birth to bebop.

With millions of young men coming home from World War II—eager to trade their combat boots for dancing shoes—the postwar years should have been a boom time for the big bands that had been so wildly popular since the 1930s. Yet by 1946 many of the top orchestras—including those of Benny Goodman, Harry James and Tommy Dorsey—had disbanded. Some big names found ways to get going again, but the journeyman bands weren't so lucky. By 1949, the hotel dine-and-dance-room trade was a third of what it had been three years earlier. The Swing Era was over.

Dramatic shifts in popular culture are usually assumed to result from naturally occurring forces such as changing tastes (did people get sick of hearing "In the Mood"?) or demographics (were all those new parents of the postwar baby boom at home with junior instead of out on a dance floor?). But the big bands didn't just stumble and fall behind the times. They were pushed.

In 1944, a new wartime cabaret tax went into effect, imposing a ruinous 30% (later merely a destructive 20%) excise on all receipts at any venue that served food or drink and allowed dancing. ... [I]n the next few years, struggling nightclub owners were trying every which way to avoid having to foist the tax on customers.

The tax-law regulation's ... exception had the biggest impact. Clubs that provided strictly instrumental music to which no one danced were exempt from the cabaret tax. It is no coincidence that in the back half of the 1940s a new and undanceable jazz performed primarily by small instrumental groups—bebop—emerged as the music of the moment.

"The spotlight was on instrumentalists because of the prohibitive entertainment taxes," the great bebop drummer Max Roach was quoted in jazz trumpeter Dizzy Gillespie's memoirs, "To Be or Not to Bop." "You couldn't have a big band because the big band played for dancing."

The federal excise tax inadvertently spurred the bebop revolution: "If somebody got up to dance, there would be 20% more tax on the dollar. If someone got up there and sang a song, it would be 20% more," Roach said. "It was a wonderful period for the development of the instrumentalist." ...

The cabaret tax dropped to 10% in 1960 and was finally eliminated in 1965. By then, the Swing Era ballrooms and other "terperies" were long gone, and public dancing was done in front of stages where young men wielded electric guitars.

Thanks to a 'cabaret tax,' millions of Americans said goodbye to Swing Music. A lot fewer said hello to bebop.

Listed below are links to weblogs that reference How Federal Tax Law Killed the Swing Era and Spawned Bebop:

Given that the tax was specifically targeted towards dancing, obviously some politician had a bug up his ass about dancing. Probably he lost his wife or girlfriend to another guy at a swing dance club.

Don't forget the strikes engineered by J.C.Petrillo of the Musician's Union in this decade.
He did for live music what the UAW did for American cars.

DH: "... I was born too late by decades to experience the big band era, but seeing the exuberant joy of these bands in old movies makes me wish they were still around...."

Look around, there are still guys out there playing in big bands. They all have day jobs, but they do it for the love of the music. You want to dance, you can find bands playing the old Miller and Goodman charts. You want to listen to something a bit more brash, they're out there, too. Last night, for instance, I went to see the monthly performance (3rd Monday @ The Secret Society venue) of Portland's Carlton Jackson/Dave Mills Big Band. Best way to describe it? 18 piece kick-ass music.

Google "your city" and "big band"

So, what was the policy behind the differential rate between dance music and non-dance music? I suppose there was a war on and some congressman or other was afraid that someone somewhere was having fun and it must be stopped.

Well, I'll make the statement that Rock/Roll really started more in the 60's, certainly after the "real 50's" was over, but that's another discussion.

HOWEVER... as all generations know, the party stops when the kids are born. Generations that once went dancing (or as my generation once said, "Went clubbing") soon found out that the demands of children at home, and perhaps even the joys of spending time with them, put a big damper on the time, money, and energy to go out like we once did. Not to mention that, once married, we scarcely have the need to do do the mating rituals done in front of stages in public night spots.

There was also the musician's strike of 1942-1944, which changed the style of popular recordings from bands to vocals.

Big bands were expensive- and the overhead of those clubs was undoubtedly more than small dive jazz clubs.

Remember that recordings started to be more and more popular- that must have hurt the big clubs as well.

A 30% tax would certainly help kill it- no doubt there-

Thank you for posting this. Fascinating and sad at the same time. I was born too late by decades to experience the big band era, but seeing the exuberant joy of these bands in old movies makes me wish they were still around. Now I know why they're not.

Interesting take, but I would have put it, "Hastened Bebop" versus "Killed Big Band." Virtually all of the Bebop guys (And the Cool Jazz guys), cut their teeth in big bands, and the art of improvisation - and the theories behind it - were coming to ever higher levels of realization throughout the Big Band era. For groups of these talented soloists to break off and form pure jazz ensembles - no vocalist at all - or hybrid ensembles - with a vocalist - for small non-dance venues was no big deal at all. They did it all the time during the Big Band era to earn extra cash after hours. So, the disappearance of the Big Bands was a blow, for sure, but at the same time them being gone left only the best soloists viable, and more non-dance venues to play at. This raised the artistic level of jazz, IMO.

In any event, rock and roll swept almost all of jazz away in the 50's, and I don't think things would have been much different without the ridiculous Cabaret Tax.