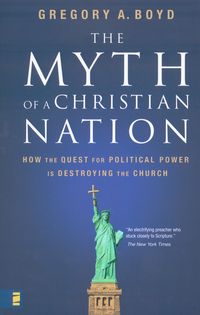 This article illustrates that my article, An Evaluation of Federal Tax Policy Based on Judeo-Christian Ethics, which states that tax policy consistent with the moral principles of Judeo-Christian ethics must raise an adequate level of revenues embracing the reasonable opportunity of all individuals to reach their potential under a moderately progressive model is consistent with Gregory Boyd’s interpretation of Two Kingdom Theory in his book The Myth of a Christian Nation. Boyd’s heavy criticism of Christians using Scripture to specifically answer questions and then voting to enforce those values on persons outside the church poses no conflicts with my arguments to persons inside the church. This article concludes that the moral obligation of Christians, especially those enjoying higher levels of income and wealth, to embrace the higher sacrifice required by the general moral guidelines of reasonable opportunity and moderate progressivity and to avoid being tempted to support flat models is consistent with the general themes of Boyd’s book. Although Boyd does not address tax policy he states that costly self-sacrifice must be at the center of kingdom of God responses to ambiguous kingdom of the world issues. Flat tax models not only demand far lower sacrifice from the wealthy as compared to the middle class but are also supported by objectivist ethics, a form of atheism with core values denying the existence of broad duties of self-sacrifice under any circumstances.

Listed below are links to weblogs that reference Hamill: Tax Policy Inside the Two Kingdoms:

There seems to be a logical leap going on here that I cannot follow.

First, when I was taught "ethics" were morals based on philospohy or natural law. Christian ethics was somewhat of an oxymoron, as it implied you could extract Christian morals fom a belief in Jesus Christ. In fact, Christian ethics is completely grounded in Jeus Christ the savior.

Second, the Christianity I believe in is one that calls me to PERSONAL action. If I vote to compel others to pay more taxes, I have not peformed a moral or spiritual act. If I am compelled to pay taxes by the power of the state, my payment of such taxes has no moral component.

The author seems unaware of the thousands of years of Christian thought that states that a good deed is not one that you are forced to do. Augustine, Thomas Aquinas' natural law. Even secular philosphers such as Kant (among many) state that a compelled act is just an act - without a moral value.

I do not know the author but I have seen this argument used by people who are not Christian many times in an attempt to misquote Scripture to put Christians in their place. If they talk fast, it sounds glib but it is hollow. Do you believe that if I vote to compel the 1% to pay more tax, that this is such a wonderful spiritual act that I will gain the Kingdom of Heaven?

And riddle me this - if it was just paying more tax, why did Jesus say "the poor will always be with you." Mark 14:7

A secon verse ocurred to me.

"Now we command you, brothers, in the name of our Lord Jesus Christ, that you keep away from any brother who is walking in idleness and not in accord with the tradition that you received from us. For you yourselves know how you ought to imitate us, because we were not idle when we were with you, nor did we eat anyone’s bread without paying for it, but with toil and labor we worked night and day, that we might not be a burden to any of you. It was not because we do not have that right, but to give you in ourselves an example to imitate. For even when we were with you, we would give you this command: If anyone is not willing to work, let him not eat. For we hear that some among you walk in idleness, not busy at work, but busybodies. Now such persons we command and encourage in the Lord Jesus Christ to do their work quietly and to earn their own living."

"A simple, straight-forward reading of this text is a clear and present danger to advocates of a welfare state, but especially to those who also claim allegiance to the body of Christ and his word. However, in a sinful, fallen world—one wrought with hypocrisies, guilt, past societal sins, etc.—“simple” and “straight-forward” are luxuries the thoughtful believer can rarely enjoy...."

Most Christain philospoher's divided folks into the deserving and undeserving poor. I am not sure how this matches up with a "progressive model."

"If I vote to compel others to pay more taxes, I have not peformed a moral or spiritual act."

If your God is government, you have! Many Christians conflate taxpayer-funded benefits with charity.

Christianity commands you not to envy. Belief in "government charity" encourages you to envy. Is is surprising that the latter is more popular than the former?