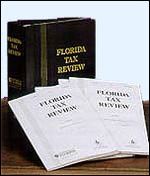 In the years since McDaniel and Repetti’s 1993 article evaluating the intellectual landscape on horizontal equity (“HE”), the question has continued to generate controversy and debate. Perhaps one way to encapsulate the question after all this time is to ask - if we started with HE as our motivating concept in setting tax policy and burdens where would we be? If HE says treat equals the same, what does our tax system look like? The answer is - we don’t know because the term has no independent meaning for fairness and equality. We must turn to some theory of distributive justice to determine equality and to determine an appropriate tax burden. At this point HE collapses into one concept, which is generally referred to as VE. The crucial point is not that this single concept is VE, but that VE and HE are together a single concept which lacks normative content and is itself only a proxy for theories of distributive justice. It is a detour in history that led us to frame the issues of equality and fairness in the tax system in the language of VE and HE -- a path which has both masked the emptiness of the concepts and overemphasized the possibility of two, distinct fairness inquires. We have been side-tracked from our larger task of tackling our disagreements over the underlying questions of distributive justice, but perhaps can return now with renewed vigor to these intractable questions.

For those who remain committed to a gut sense that HE means something, we would say, “yes, but a different something.” Several of the post-1993 authors discussed herein construct a role for HE, but it is not a role in determining tax burdens and tax equity. Instead, HE became the language for expressing ideas about the appropriate process for determining tax policy and the administration of the tax system. We question the usefulness of viewing HE this way because HE does not provide guidance as to how administration of the tax system should proceed. But another role for HE may be that it represents agreement that governments should be required to articulate reasons for treating taxpayers differently. Perhaps this notion that governments should explain its reasons for treating taxpayers differently is the unstated but visceral commitment to HE that has continued to spark debate over the past 20 years. We don’t imagine the debate is over, but we look forward to a deepening inquiry into the driving questions of distributive justice as pillars of our tax policy.

Listed below are links to weblogs that reference Repetti & Ring: Horizontal Equity Revisited: