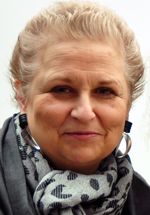 Christine Ann Brunswick, Executive Director of the ABA Tax Section for over 25 years, died on Monday at the age of 60. She was Vice President and a Member of the Board of Directors of the National Breast Cancer Coalition:

A longtime breast cancer advocate, Chris was part of the National Breast Cancer Coalition since its inception in 1991. She was a leader at every level, and among her many other volunteer efforts for NBCC, she testified before Congress and regulatory agencies, often appeared on television and in print media on behalf of NBCC, represented the coalition on various national committees and panels, and spoke around the world to advocates and researchers. She served on the NBCC Executive Committee and was one of the founders and advocates for NBCC’s international work, participating in various international conferences, including the 4th United Nation’s World Conference on Women in Beijing, China in 1995. Chris acted as a mentor for new NBCC board members and for participants in our Emerging Leaders network. ...

A memorial service will be held for Chris on Friday, March 1, from 12 noon until 3 p.m. at the National Women's Democratic Club, 1526 New Hampshire Ave., NW. The service is open to all ABA Tax Section members. Her family has asked that donations be made to The Chris Brunswick Fund at National Breast Cancer Coalition, 1101 17th Street, NW, Suite 1300, Washington, DC, 20036.

Listed below are links to weblogs that reference Death of Christine Brunswick: