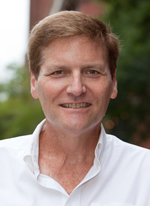 Neil H. Buchanan (George Washington) presents Bargaining in the Shadow of the Debt Ceiling: When Negotiating Over Spending and Tax Laws, the President and Congress Should Consider the Debt Ceiling a Dead Letter (with Michael C. Dorf (Cornell)) at Kentucky today as part of its Faculty Brown Bag Workshop Series hosted by Jennifer Bird-Pollan:

If the debt ceiling is inconsistent with existing spending and taxing laws, what must the President do?  In earlier work, we argued that when Congress creates a “trilemma” – making it impossible for the President to spend as much as Congress has ordered, to tax only as much as Congress has ordered, and to borrow no more than Congress has permitted – the Constitution requires the President to choose the least unconstitutional path.  In particular, he must honor Congress’s decisions and priorities regarding spending and taxing, and he must issue enough debt to do so.  Here, we extend the analysis in two ways. First, we rebut several recently-advanced arguments that purport to dissolve the trilemma.  Second, we ask whether our original analysis changes if both Congress and the President, when they pass the annual appropriations measures, knowingly create a trilemma.  We conclude that the answer does not change, that is, that spending and taxing laws must still take precedence over the debt ceiling.  This means that the debt ceiling is effectively a dead letter, and both Congress and the President should treat it as such.

Listed below are links to weblogs that reference Buchanan Presents The Debt Ceiling Should be a Dead Letter in Spending/Tax Negotiations Today at Kentucky :

That amounts to a declaration that it must be unconstitutional for a President to fail to pay every single financial obligation the federal government has. It's not intellectually sustainable, and I'll be very curious to see whether the same amount of brainwork goes into justifying a circumvention of the debt ceiling the next time we have a Democratic Congress and Republican President. Count me skeptical.

The Constitution requires Congress to authorize any borrowing. Congress refuses. Congress authorizes spending but does not provide the funds. So the President must issue the debt, violating the Constitution in order to save it.

Let me get this straight: A Congressional law authorizing money to be spent is actually a mandate to spend that somehow trumps the Constitution's requirement that Congress authorize debt. I could never have made it as a Constitutional scholar. This is much too complicated for me.

Presidents through history have taken actions which violate the Constitution. Usually they get away with it. Obama will too, unless the markets boycott the new bonds. The legal arguments for unauthorized debt are nothing but pointless nonsense.

It's nice to know there are always academics who will say whatever politicians want to hear.

This is an argument that reasons backward from the conclusion to the evidence rather than going forward.