Tax Teachers of the Year 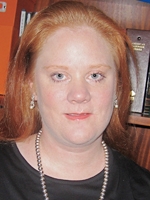 teaches Federal Income Taxation; Estate & Gift Taxation; and Wills, Trusts and Estates. She joined the Pace faculty in 2003, after more than six years of law practice at Milbank Tweed Hadley & McCloy LLP in New York. Her practice was concerned with income, estate and gift tax planning for individuals, as well as tax and other advice to closely-held corporations and exempt organizations. Professor Crawford is a former Lecturer in Law and Visiting Associate Professor at the University of Pennsylvania Law School. She is the co-author of the casebook Federal Taxes on Gratuitous Transfers (Aspen) and the author of several articles on the tax treatment of wealth, marriage and the family. Her present scholarship focuses on issues of gender and tax policy. Professor Crawford is a member of the American Law Institute and the American College of Trust and Estate Counsel.  She is the current chair of the AALS Section on Women in Legal Education and a former chair of the AALS Section on Trusts & Estates. From 2008 through 2012, Professor Crawford served as Pace Law School's inaugural Associate Dean for Research and Faculty Development.

Leandra Lederman (Indiana-Bloomington) teaches Introduction to Income Tax;  Corporate Taxation; Seminar in Tax Procedure; and Tax Policy Colloquium. Professor Lederman joined the faculty in 2004, after 10 years in legal academia, most recently at George Mason University School of Law, where she was recognized by George Mason University for excellence in teaching in 2001. Lederman spent the 2002-2003 academic year at the University of Texas School of Law as a visiting professor. In 2005, she received the New York University School of Law Alumni Association Legal Teaching Award; in 2009, she received a Trustees' Teaching Award from the Maurer School of Law; and in 2012, she received its Leon H. Wallace Teaching Award. From 1990-1992, Lederman practiced law as an associate at the New York office of White & Case. From 1993 to 1994, she served as an attorney-advisor to Judge David Laro of the United States Tax Court. Her research interests include policy issues in the areas of federal income tax law (individual and corporate), tax controversies, and tax administration. Her work often draws upon law-and-economics insights, and has included empirical analyses of outcomes in U.S. Tax Court cases. 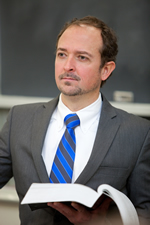 Jeffrey A. Maine (Maine) joined the University of Maine School of Law in 2003 as a professor specializing in tax law. Professor Maine has more than fifteen years of teaching experience. Prior to joining the teaching academy, he practiced at Holland & Knight in Tampa, Florida. He is the co-author of five books, and is the author or co-author of numerous articles and reviews on the subject of taxation. His current research focuses on the intersection of federal income taxation and intellectual property. He enjoys helping students learn about this intersection and understand the technical and policy aspects of intellectual property taxation. His latest scholarship has been published in leading journals, including the Hastings Law Journal, U.C. Davis Law Review, American University Law Review, Buffalo Law Review and Tax Notes. He frequently lectures nationally at academic conferences and bar association meetings on taxation. 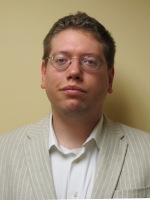 John T. Plecnik (Cleveland State) teaches Tax I; Tax Procedure, Penalties & Crimes; Wealth Transfer Tax; and Estates & Trusts. His scholarship focuses on the intersection of taxation and public policy. Following his graduation from law school, Professor Plecnik joined the Wall Street law firm of Thacher Proffitt & Wood LLP as an ERISA associate.  He then served as a law clerk to Judge David Gustafson of the United States Tax Court and as an Adjunct Professor of Law at Georgetown University Law Center, where he taught Tax Penalties & Tax Crimes. Professor Plecnik earned his B.A., summa cum laude, in Accounting with a minor in Mythology from Belmont Abbey College, where he graduated co-valedictorian.  He earned his J.D., cum laude, from Duke University School of Law.  While at Duke, he was one of six inaugural executive board members to co-found the Duke Journal of Constitutional Law & Public Policy.  He also served as an editor on Law & Contemporary Problems and received the Faculty Award for Outstanding Achievement in Taxation & Estate Planning.  Professor Plecnik earned his LL.M. in Taxation from New York University School of Law.  While at NYU, he served as Executive Editor of the NYU Review of Law & Social Change and was the first part-time student to be selected as a member of that review. 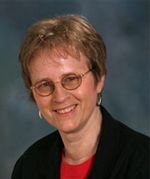 Listed below are links to weblogs that reference Tax Teachers of the Year: