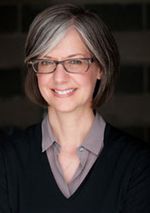 (USC) presents The Supercharged IPO (with Victor Fleischer (Colorado)) at UCLA today as part of its Tax Policy and Public Finance Colloquium hosted by Jason Oh and Kirk Stark:

In this article, we investigate a new and widely discussed financial innovation: the supercharged initial public offering (IPO). A supercharged IPO differs from a conventional IPO because it involves a contract provision that enables the original owners of a firm to extract large amounts of money from the company in the post-IPO period. Supercharged IPOs have generated substantial debate and controversy but no scholar or team of scholars has investigated why the supercharged IPO emerged and how it has spread across industries and geographic areas. We amassed a large dataset of IPOs and empirically investigate these questions. We find the motivation for pursuing this new deal structure relates to the parties’ desire to take advantage of tax arbitrage opportunities, and not to a devious plan by owner-founders to steal from unknowing public investors as many critics have argued. Our results also suggest, contrary to the existing literature, that while innovation in the IPO context is an on-going process—it tends to spike when the economy performs poorly. With respect to the process of use and diffusion, we find that the earliest innovators are firms widely viewed to be aggressive and flexible, such as those organized in tax havens. Over time, however, the diffusion process is best explained by two factors: elite lawyers and professional networks—especially those located in the New York City region. Owner-founders who seek to go public with the help of an IPO, tend to supercharge their IPO when their hire elite New York City lawyers.

Listed below are links to weblogs that reference Staudt Presents The Supercharged IPO Today at UCLA: