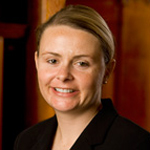 Although the two income security benefits of the EITC are related, they are usefully analyzed separately. The income insurance effect of the EITC is forward-looking - it operates to reduce income risk before labor is supplied. In contrast, the EITC‟s stabilization effect is backward-looking, offsetting realized earnings losses. Furthermore, stabilization applies to all earnings shocks; whereas, insurance operates only on unexpected earnings drops. Finally, only actual recipients of the EITC enjoy stabilization effects; whereas, all taxpayers facing uncertain future income realize risk reduction from the existence of the EITC. ...

As an income security mechanism the EITC has some serious drawbacks. From an insurance perspective, the EITC does not insure against the risk of long-term unemployment. The timing of the EITC is problematic from an income stabilization standpoint. All EITC recipients receive the credit as part of their annual tax refund check in the year following the year in which they earned the income entitling them to the credit. This has two implications. First, the EITC is not responsive to short-term (intra-annual) earnings fluctuations. Second, the EITC payment is not received until the year following the year of the earnings loss. In other words, the payment is temporally dislocated from the need that precipitated it. This tempers the claim above that the EITC "offsets" a particular year‟s income loss.

Listed below are links to weblogs that reference Ryan Presents EITC as Income Security Today at Indiana :