Will 'Fiscal Cliff' Cause More Millionaires to Die by Dec. 31? 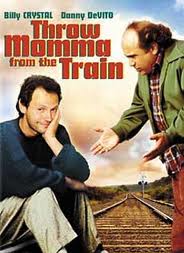 Because the "fiscal cliff" will not stop for death, it looks as if death's carriage may make a "kindly" stop to pick up some American millionaires this year, to paraphrase Emily Dickinson.

In 2010, after a year in which the estate tax was zeroed out altogether, Congress passed a law that set the estate tax at 35% and exempted all estates under $5 million, adjusted for inflation. That law expires in January 2013 when the exemption will fall to $1 million and the tax will rise to 55%.

Many families are faced with a stark proposition. If the life of an elderly wealthy family member extends into 2013, the tax bills will be substantially higher. An estate that could bequest $3 million this year will leave just $1.9 million after taxes next year. Shifting a death from January to December could produce $1.1 million in tax savings.

It may seem incredible to contemplate pulling the plug on grandma to save tax dollars. While we know that investors will sell stocks to avoid rising capital gains taxes, accelerating the death of a loved one seems at least a bit morbid—perhaps even evil. Will people really make life and death decisions based on taxes? ...

There is good evidence that there is some "elasticity" in the timing of important decisions about life and death. ...

An earlier paper by Gans and Leigh looked into another natural experiment. In 1979, Australia abolished its federal inheritance taxes. Official records show that approximately 50 deaths were shifted from the week before the abolition to the week after....

This isn't just something peculiar to Australia. Economists Wojciech Kopczuk of Columbia University and Joel Slemrod of the University of Michigan studied how mortality rates in the United States were changed by falling estate taxes. They note that while the evidence of "death elasticity" is "not overwhelming," every $10,000 in available tax savings increases the chance of dying in the low-tax period by 1.6%. This is true both when taxes are falling, so that people are surviving longer to achieve the tax savings, and when they are rising, so that people are dying earlier, according to Kopczuk and Slemrod.

"Death elasticity" does not necessarily mean that greedy relatives are pulling the plug on the dying or forcing the sickly to extend their lives into a lower taxed period. According to a 2008 paper from University of Pittsburgh Medical Center Doctor G. Stuart Mendenhall, while tax increases give potential heirs large economic incentives to limit care that would prolong life, distressed patients may "voluntarily trade prolongation of their life past the end [a low tax period] for large ﬁnancial implications for their kin. ...

We had something of a natural experiment in death and taxes in 2010, when the estate tax was eliminated for one year. Many predicted that this would result in many fewer deaths at the end of 2009 and a surge in deaths prior to taxes rising in 2011.

My own research hasn't uncovered any formal academic work on this period. Perhaps it is too recent. Or perhaps the setting of the exemption at $5 million made the sample size of those that could achieve significant tax savings by dying in 2010 rather than 2011 too small.

But based on past reactions to changes in taxes, it at least seems likely that some deaths that might otherwise have occurred shortly after January 1 will occur shortly before. Death may slip in ahead of the tax man for some with estates worth over $1 million.

Listed below are links to weblogs that reference Will 'Fiscal Cliff' Cause More Millionaires to Die by Dec. 31?:

We'll note the TOD of GHWB.

Back when I was a young tax lawyer in Washington in the late 1990s, we refered to the estate tax disappearance/reappearance as the "Throw Mamma from the Train" Act.

At least some persons would make an ethical distinction between two cases.

It's one thing to [b][i]postpone[/b][/i] a death by a few days or weeks, until a time when the estate tax would be reduced or eliminated.

It's another thing entirely to [b][i]accelerate[/b][/i] a death by a few days or weeks to accomplish a reduced or eliminated estate tax.

Ultimately, I expect there will be a few cases where the acceleration occurs in late 2012 (or did occur in late 2010), but only in extreme near-death situations where surviving the following January was very doubtful.

There might also be some wealthy people making the choice to possibly end [b][i]their own lives[/b][/i] a little early—say, someone with a certain terminal illness that might survive January but probably wouldn't see September, and would spend that time in pain or with a greatly reduced quality of life—and where the tax savings would be significant and would accrue to beneficiaries the wealthy person truly wished to benefit.

This unfortunate political situation has inspired me to write a song for the season (with my sincere apologies to Paul Simon)!

FIFTY WAYS TO KILL YOUR MOTHER

Verse 1:
“Our problems are solved when she is dead,” she said to me,
“The answer is easy if you think methodically.
“Her fortune’s ours, and best of all it’s near tax-free.
“There must be fifty ways to kill your mother.”

Just unhook the drip, Trip.
Turn off the juice, Bruce.
Forge her “DNR,” Dar.
And set yourself free.
Give the wrong dose, Jose.
Forget to give her her shots, Dot.
Or hide all her pills, Lil.
And get yourself free.

Verse 3:
She said that Congress really is the one to blame,
For letting estate tax hit 55 again.
“It’s not our fault we’re just trying to maximize our gain.”
There must be fifty ways to kill your mother.

Chorus:
Tie her to the track, Jack.
Push her in front of a van, Stan.
No need to be coy, Roy.
Just listen to me.
Throw her under the bus, Gus.
There’s no need to fuss much.
Strychnine in her tea, Lee.
And get yourself free.

Toss her off the ship, Flip.
Grease up her tub, Bub.
Or unhook her brakes, Jake.
Yo, listen to me.
Throw her down the well, Mel.
Or right down the stair, Mar.
Make it look like her fault, Walt.
And get yourself free.

The premise that a taxpayer must die to take advantage of the current (2012-12-29) exemptions is not correct. Inter vivos gifts are also eligible for the exemption, although in the case of very debilitated taxpayers, the strategy may be impacted by the considerations of IRC sec. 2035.

The problem with the use of this strategy will be most acute in the case of taxpayers in the low multi millions. A tax payer who can afford to part with $5 million should do so before next Tuesday. One who cannot, might be on the horns of a dilemma.