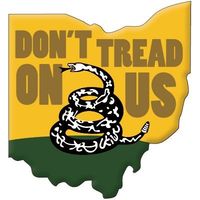 The IRS has ruled that a Tea Party affiliated organization in Ohio is exempt from federal taxes, concluding that the Ohio Liberty Council  is a non-profit organization. In a statement Tuesday announcing the IRS’s decision, Tom Zawistowski, president of the conservative-leaning Ohio Liberty Council — known as the OLC — predicted “our victory today will pave the way for other liberty groups around the nation to replicate our success’’

After nearly two and a half years of fighting for its legal right to “tax exempt” status as a non-profit corporation, the Ohio Liberty Coalition was notified today by the IRS that the organization is indeed exempt from Federal Income Tax under section 501(c)(4) of the Internal Revenue Code.  For years, the IRS had been denying TEA Party and Liberty Groups across the nation a status that many unions and liberal groups had routinely been awarded. The OLC lead a national fight to protect the rights of these groups and was rewarded today with this IRS ruling.

How convenient for the administration and inconvenient for soliciting donations, now that the election is over. The IRS has become a bigger political weapon than under Nixon.