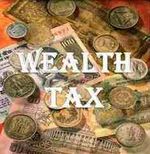 Whether you’re in the 99%, the 47% or the 1%, inequality in America may threaten your future. Often decried for moral or social reasons, inequality imperils the economy, too; the International Monetary Fund recently warned that high income inequality could damage a country’s long-term growth. But the real menace for our long-term prosperity is not income inequality — it’s wealth inequality, which distorts access to economic opportunities.

Wealth inequality has worsened for two decades and is now at an extreme level. Replacing the income, estate and gift taxes with a progressive wealth tax would do much more to reduce it than any other tax plan being considered in Washington. ...

Trends in the distribution of wealth can look very different from trends in incomes, because wealth is a measure of accumulated assets, not a flow over time. High earners add much more to their wealth every year than low earners. Over time, wealth inequality rises even as income inequality stays the same, and wealth inequality eventually becomes much more severe. ...

American household wealth totaled more than $58 trillion in 2010. A flat wealth tax of just 1.5% on financial assets and other wealth like housing, cars and business ownership would have been more than enough to replace all the revenue of the income, estate and gift taxes, which amounted to about $833 billion after refunds. Brackets of, say, 0% up to $500,000 in wealth, 1% for wealth between $500,000 and $1 million, and 2% for wealth above $1 million would probably have done the trick as well.

Listed below are links to weblogs that reference To Reduce Inequality, Tax Wealth, Not Income:

But that experiment that didn't last, maybe in part because it involved a cumbersome direct tax that had to be apportioned among states according to population. North Carolina, for instance, had to pay $193,697.96 – “and five mills.” Tennessee had to pay only $18,806.38 – “and three mills.”

Taxing large unrealized gains at a low rate would be a better approach. Wealthy people have much more flexibility to choose to realize taxable gains or not, and this method removes some of that inherent advantage over other taxpayers.

Furthermore, taxing unrealized gains is constitutional, a constraint which academics and even politicians often fail to consider. We could require 10% prepayment on unrealized gains over $10M, credited against the any future income tax liability. No more tax-free accumulation of billions of dollars.

I wonder whether Warren Buffett would support this version of the Buffett tax.

Wealth imbalances will always happen. Some like to save, others don't. We've all heard the story of the janitor that dies with several million in the bank, and the story of the tycoon that dies penniless. At the end of the day, taxing a behavior you wish to encourage (saving) sends a wrong message.

Next, you face the challenge of asking the country to value each and every assets, which is a monumental challenge itself that will be subject to gaming in ways we can only imagine. Richard Epstein wrote at length on this.

The New York Times automatically assumes that it's the role of government to equalize wealth among people. We have equal opportunities, not guaranteed equal results.