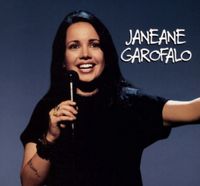 Slate:  Does Janeane Garofalo Have To Amend 20 Years of Tax Returns?:

Comedian and actress Janeane Garofalo revealed on Saturday that she was married, unbeknownst to her or her husband, for 20 years. Garofalo wed writer and producer Rob Cohen in what they both thought was a sham ceremony in Las Vegas in the 1990s. Does the couple have to file 20 years of amended tax returns to reflect their married status?

No. The statute of limitations on honest mistakes in tax filing is three years, so Garofalo and Cohen are off the hook for 85% of their union. Even for the last three years, it probably wouldn’t make sense for the couple to amend their returns. Taxpayers have no legal obligation to notify the IRS of innocent errors, and the couple would likely owe more taxes plus interest if they were to amend. (Garofalo and Cohen are probably both high-income earners who pay higher taxes filing married than single.) They should simply wait for the IRS to audit them, which likely won’t happen. The IRS tends to avoid situations that would inflame public opinion. (For example, there is always speculation about the tax hit of catching a historic home-run baseball, but the IRS never goes after the lucky fans.) If the IRS decides to audit the couple, the most likely result is that they’ll pay the higher married rate. No penalty will apply, because they made an honest mistake and acted in good faith.

Garofalo and Cohen might also argue that they weren’t actually married. Nevada law allows for an annulment of marriage because of “mutual mistake.” When a marriage is annulled, the law treats it as having never existed. If the couple got an annulment of their 20-year-marriage — a unique circumstance — they could try to convince the IRS that it should consider the marriage to never have happened.

Listed below are links to weblogs that reference Tax Consequences of Janeane Garofalo's Forgotten 20-Year Marriage:

If I am not mistaken, Garofolo is quite liberal and progressive, so she should welcome the opportunity to pay more taxes.