Alex and I met at UW-Madison's welcome reception for new faculty two years ago. Our academic interests are the converse of each others'. Alex is in the political science department, but spent a year in law school and works on judicial politics. I am of course at UW Law School, but spent a year in a political science Ph.D program and work on the politics of tax policy. We got married at Blessed Sacrament Catholic Church in Madison, followed by a reception at a restaurant called the Old Feed Mill. 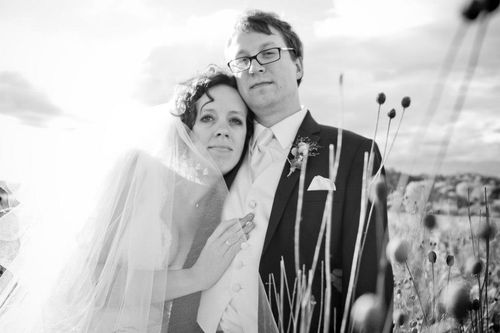