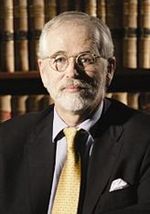 The U.S. corporate income tax is flawed both domestically and internationally. This paper outlines a radical paradigm shift from corporate income tax to a destination-based cash flow tax on corporations. This tax adopts a more economically coherent and justifiable tax base for corporations which overcomes the principle theoretical and practical defects of the income tax by eliminating all differences in characterization of income and expense in the tax base, eliminating completely the foreign tax credit or deductions for foreign taxes and substantially reducing the incentives for transfer pricing abuses. The destination cash flow tax accomplishes these goals in a way that reverses the bias in the present income tax system in favor of foreign production and supports domestic business activity by both foreign and domestic corporations by promoting the U.S. production of goods and services and research and development, and the U.S. location of headquarters and administration.

Eric Zolt (UCLA) is the commenter.

Listed below are links to weblogs that reference Barker Presents A Common Sense Corporate Tax Today at Loyola-L.A.: