JobsInTax.com, part of the TaxTalent network, has released another ranking of tax LL.M. programs, based on the responses of 151 heads of corporate tax departments:

Respondents were asked to select up to five schools (out of 32) with LLM Tax programs that they hold in the highest regard when hiring candidates. Schools were then ranked based on the total number of votes they received. 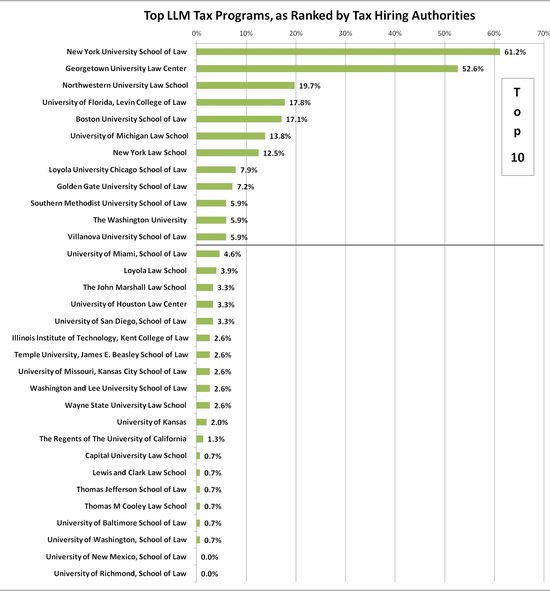 This is the first of a two-part survey, the second of which will ask the opinions of alumni of LLM Tax programs, in order to provide an index of which LLM Tax programs are consistently held in high regard by both alumni and tax hiring authorities.

(Of course, several of these schools do not have Tax LL.M. programs (University of California, Kansas, Lewis & Clark, New Mexico, Richmond, Washington & Lee.)