Shanske: The Philosophy of Tax: A Review The Pale King 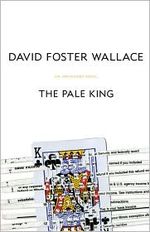 (UC-Hastings), The Philosophy of Tax: A Review of David Foster Wallace’s The Pale King:

David Foster Wallace's last novel, The Pale King, revolves around the administration of the federal income tax. Wallace’s portrayal of this system, for all its hilarity and incisiveness, might ultimately seem a bit banal because he emphasizes that the tax system is boring; surely we all knew that (or at least think we do). Yet the portrayal of boredom in The Pale King is nuanced and provocative, recalling a long tradition of thinking about modernity and boredom. Most notably, Kierkegaard diagnosed modernity as an age beset by a particular form of boredom. In the modern age people have more and more leisure, but less and less guidance as to how to lead one’s life either through religion or the rigorous patterns of agricultural life, and thus modern people have found themselves bored in a new way. This insight has been picked up on by many and was most developed by Martin Heidegger. What can one learn about tax from learning more about boredom? Within the novel it is observed that a new notion of the “interesting” arose along with the new modern kind of boredom. One needs to find something interesting to fend off boredom. Looked at in this way, the most profound way to alter our engagement with a tax system that is boring would not be to make it interesting, but to make it neither boring nor interesting. What would such a tax system look like? Wallace suggests that it would be a system soberly administered by adults, much like the other key parts of the apparatus central to modernity.

Listed below are links to weblogs that reference Shanske: The Philosophy of Tax: A Review The Pale King: