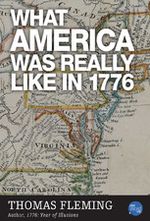 Wall Street Journal op-ed:  What Life Was Like in 1776, by Thomas Fleming

Americans [in 1776] had the highest per capita income in the civilized world, paid the lowest taxes—and were determined to keep it that way. ...

In the northern colonies, according to historical research, the top 10% of the population owned about 45% of the wealth. In some parts of the South, 10% owned 75% of the wealth. But unlike most other countries, America in 1776 had a thriving middle class.

Americans will celebrate the 236th anniversary of American independence on July 4th this year. As students of history will remember, one of the chief complaints of the colonists against the British government in 1776 was unfair and burdensome taxation. With that in mind, the Tax Foundation presents a few facts for Independence Day that highlight the modern American tax system.

Listed below are links to weblogs that reference Tax Like It Is July 4, 1776:

Back then maybe as much as one-fifth of the populations were slaves. Today, the over-reaching federal government thinks that taxpayers should be the slaves to it and everyone else.

If the Founding Fathers could have foreseen what taxation WITH representation would be like, they might have concluded that the revolution wouldn't be worth the trouble and costs.

Oh wow. The economic distortions created by slaves and indebted servants in the colonies, and the mutual dependence of European markets, make this piece worse than useless for drawing any sort of conclusions relevant to a modern economy.

The editors at a paper like the WSJ should know better than to make these kinds of unsupportable comparisons, and I believe under a former owner they did.

I am celebrating Independence Day with some pro bono work for another victim of IRS sleaze. Here is how our government treats little people today.

Karla (not her real name) earns $15 an hour in a clerical job, but has managed to save enough to attract the attention of Chase Investment mutual fund marketers. She bought a bond fund in 2008 but decided to sell it, for a $600 profit, in 2010. She has always prepared her own 1040A, so she did not understand that the transaction should be reported on her tax return.

On February 27 of this year, IRS sent her a notice suggesting she owes $21,000 in tax and penalty -- as usual, they assumed zero basis for the bond fund. She took time off from work and visited an IRS office on March 9. They told her exactly what to do, and she followed their instructions. On April 19, a second notice advised her that her answer was incomplete, and if she did not submit more paperwork immediately, a notice of deficiency would be issued in "3 or 4 weeks."

She came to me for help on May 1, and we mailed what was requested, along with a check for the $71 tax and interest she actually owed. But it was too late. On April 30, a notice of deficiency had already been mailed.

We waited a couple months, because in some cases IRS will withdraw the notice and accept the taxpayer's explanation. But not this time. The easiest way for me to resolve this problem is to buy a $60 ticket to Tax Court, so highly-paid government employees can clean up a mess created by low-paid government employees who had to meet a quota. But first, we will run it by the ineffective Public Relations office, formally known as the Taxpayer Advocate, just to give them the opportunity to express regret that there is nothing they can do to help.

There should be a course in law school on "What To Expect From IRS, or, It's Really Not As Bad As Syria."

Thanks for linking to the Fleming WSJ article, which manages to discuss life in 1776 and the nation's prosperous middle class without ever mentioning that one-fifth of the population were slaves. Willful historical blindness, as to be expected from the source...