Denise Rich Dumps U.S. Passport, Will Save Tens of Millions in U.S. Taxes 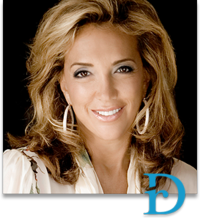 Denise Rich, the wealthy socialite and former wife of pardoned billionaire trader Marc Rich, has given up her U.S. citizenship -- and, with it, much of her U.S. tax bill.

Rich, 68, a Grammy-nominated songwriter and glossy figure in Democratic and European royalty circles, renounced her American passport in November, according to her lawyer. Her maiden name, Denise Eisenberg, appeared in the Federal Register on April 30 in a quarterly list of Americans who renounced their U.S. citizenship and permanent residents who handed in their green cards.

By dumping her U.S. passport, Rich likely will save tens of millions of dollars or more in U.S. taxes over the long haul, tax lawyers say.

Rich, who wrote songs recorded by Aretha Franklin, Mary J. Blige and Jessica Simpson, is the latest bold-faced name to join a wave of wealthy people renouncing their American citizenship. Facebook co-founder Eduardo Saverin gave up his U.S. passport to become a citizen of Singapore, an offshore tax haven, before the company's initial public offering in May.

Nearly 1,800 citizens and permanent residents, a record since data was first compiled in 1998, expatriated last year, according to government figures. ...

Rich's ex-husband, commodities trader Marc Rich, fled the United States in 1983 when indicted on charges of tax evasion, fraud, racketeering and illegal trading of oil with Iran. They divorced in 1996. Marc Rich received a presidential pardon in 2001 on President Bill Clinton's last day in office. Federal prosecutors and Congress investigated the pardon, and in 2002 a House of Representatives committee concluded Denise Rich had swayed the action through [$450,000 in] donations to the Clinton library and campaign.

Listed below are links to weblogs that reference Denise Rich Dumps U.S. Passport, Will Save Tens of Millions in U.S. Taxes:

Thanks for the reminder that, despite the fevered rantings of Bush-haters, GWB never dipped so low as Slick Willie did when he pardoned Marc Rich in exchange for an obvious post-office payoff by Denise Rich. If not the lowest, certainly the cheapest moment in the history of the American presidency.

Ahhh, the Marc Rich pardon. Brought to you by Eric Holder.

Interesting that Holder's defense in the Rich pardon is the same one he's using in the Fast and Furious case -- he really didn't know the facts and he was too busy to learn anything about it.

"Dump your US citizenship in order to save millions in taxes? That's Rich."

Rich, who was born in Worcester, Massachusetts, has Austrian citizenship through her deceased father, said Michael Heidt, a lawyer in Hollywood, Florida, who represented her in a recent lawsuit.

He said Rich had dumped her U.S. passport "so that she can be closer to her family and to Peter Cervinka, her long-time partner." Rich's two daughters live in London; Cervinka, a wealthy property developer, is an Austrian national. Rich plans to make London her main residence and does not intend to acquire other passports, Heidt said.