Theodore Seto (Loyola-L.A.) and Edward Kleinbard (USC) dig into the tax isssues raised in my posts the past two days:

Assuming that Eduardo Saverin is a "covered expatriate" within the meaning of § 877A, all of his property is taxed on a mark-to-market basis on the day before his expatriation date for US income tax purposes. If so, and if Saverin would not have been taxed on his Facebook stock merely by reason of the IPO, then his expatriation will trigger a very large tax liability that he otherwise would not have had to pay until he sold and, had he held the stock until his death, might never have had to pay. Expatriation then increases his tax liability, by a very substantial amount.

For Saverin to benefit, therefore, it must be the case that he would have been taxed on his gain by reason of the IPO in any event. I don't know enough about his situation to know if this is so. We do know, however, that Zuckerberg himself plans to exercise stock options immediately in advance of the IPO and, under § 83, will recognize deferred compensation income by reason of that exercise, taxable at 35%. Assume arguendo that Saverin is in the same situation. When he exercises his options, he triggers § 83(a) income. For § 864 purposes, this should be treated as deferred compensation for services, and will therefore be US source compensation income -- sourced by reference to the place the services were originally performed. The valuation of this compensation should not be appreciably different from its valuation for mark-to-market purposes, so he probably doesn't get a valuation advantage by reason of a pre-IPO valuation date. If, at the time, Saverin is a nonresident alien, he should still be subject to tax at ordinary rates on income effectively connected with the conduct of a US trade or business under § 864(c)(6).

One interesting question is whether the options constitute "property" for purposes of § 877A, subject to mark-to-market taxation, and whether, if they do, § 877A trumps § 83(a). If so, the resulting gains might arguably be taxed at capital gains rates -- a real benefit. But I doubt this is so as a matter of law.

It's also not clear to me why Saverin or Zuckerberg have to exercise their options prior to the IPO. If Saverin doesn't have to exercise now, he could avoid current taxation under § 83(a) simply by not exercising. Should Romney become President and lower top rates to 25%, as he has promised, Saverin might be better off remaining a US citizen and deferring exercise until top rates are lowered.

In any event, I assume that Saverin already has considerable holdings of Facebook stock apart from any unexercised options subject to the foregoing analysis. If so, expatriation will trigger mark-to-market taxation on his existing holdings that might otherwise be indefinitely deferred. 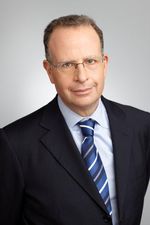 I thought about this quickly yesterday. I think Saverin's personal calculus must have gone something along the following lines:

Saverin does seem to be a covered expatriate, so § 877A is relevant. Apparently though he surrendered his US passport in September. Facebook announced its IPO plan in February 2012, so one can expect that Saverin will argue for a substantially lower September 2011 valuation on his large block than the price at which the IPO launches next week. That one-time exit tax (along with a similar exit tax on any other appreciation in other investments) will be the only price Saverin pays for eliminating future tax on his capital income.

But why, asks Ted, would he accelerate tax on a stock position that, at the high end of the IPO projected price range, is worth $3.8 billion, and which he is apparently not selling in the immediate future? Here I think the analysis would have comprised several elements, without regard to stock options:

I tried to explain the nuances of this calculus as best I could imagine them to a few reporters, all of whom were on hysterical deadlines. For reasons that are completely unfathomable to me, the news stories did not dwell on the intricacies of present value calculations and projected tax rates decades from now, and instead compacted the analysis to, "he did a tax-savvy thing."

As an aside, the legislative history of § 877A is extremely clear that Congress did not want to punish expatriation in any way; Congress saw § 877A as a "tax neutral" rule that neither encouraged nor discouraged an expatriation decision. So if you think § 877A is too lenient, complain to your elected representatives.

Listed below are links to weblogs that reference Seto, Kleinbard Explain Tax Consequences of Facebook Co-Founder's Renunciation of U.S. Citizenship:

"Assuming that Eduardo Saverin is a "covered expatriate" within the meaning of § 877A, all of his property is taxed on a mark-to-market basis on the day before his expatriation date for US income tax purposes. If so, and if Saverin would not have been taxed on his Facebook stock merely by reason of the IPO, then his expatriation will trigger a very large tax liability that he otherwise would not have had to pay until he sold and, had he held the stock until his death, might never have had to pay. Expatriation then increases his tax liability, by a very substantial amount."

Yeah, right. He is forced to pay taxes on 1 billion, but he avoids a tax liability of taxes on 3 billion that he might never have to pay because he could die first. First of all, the probability of the death tax never coming back is the same as the probability of the rich keeping hundreds of millions of people ignorant of basic economics through Great Depression 2 (which is guaranteed to happen in our lifetimes without either a wealth tax or death tax). Second, he is getting a two/thirds discount as a minimum on a payment that would have to be made before the money could be used, so there is a tremendous liquidity benefit to paying the taxes now.

One thought, on "...the legislative history of § 877A is extremely clear that Congress did not want to punish expatriation in any way; Congress saw § 877A as a "tax neutral" rule...".

The stated intent includes tax neutrality, but the reality of 877A is far, far from this ideal, and barely conceals this fact. 877A encourages folk expecting to become well off in future (inheritance, stock options, selling a business, any other number of things) to renounce early. It discourages those already well off from leaving since it accelerates tax impositions that might never actually fall due for those who remain citizens. It distorts retirement planning for anyone on the fence. And applying it to green card holders equates perhaps 50 years of US citizenship with eight, and perhaps less, of permanent residency. That's hardly neutral. Not even close. As a result many immigration professionals now specifically recommend NOT to obtain a green card.

Congress either deluded themselves or plain lied about this aspect of 877A. I'd call it a conspiracy, except that there was no attempt made to hide it.

The only thing that I'd like to add that I haven't seen mentioned elsewhere is the following. The valuation for the §877A mark-to-market imposition of tax at the September 2011 date of expatriation will be a fuzzy calculation at best. As such, I cannot imagine any scenario other than a court fight between the IRS's relatively high valuation of the September 2011 value and Mr. Saverin's relatively low valuation.

This was an excellent exchange. Thank you. I think Mr. Seto should stick to tax which is obviously his strong point, and leave legal employment matters to the Law School Transparency folks.

Unless I missed it, both of you failed to factor in the likely tax increases and other fiscal calamities that await the United States. I do not want to spell them out here but they are no less than frightening.

In other words, he may not merely be getting off of a slow or uncomfortable ship. He may be getting off of a sinking ship. Due to its strategy of regulatory arbitrage, and its location, Singapore will likely be fine for a long time. If you do not have the family, cultural or social connections to the United States that I have, there is no need to take the risk of affiliating with this country when you can leave. Barring massive self destruction by Europe and Asia, the United States is in for a very painful next two decades.

P.S. Don't fool yourself into thinking Facebook is an American company. It is an international company with users from across the world.

Why would Saverin have options? Almost certain he just had a straight equity stake since he left the company so early.