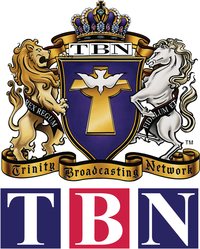 For 39 years, the Trinity Broadcasting Network has urged viewers to give generously and reap the Lord’s bounty in return.

The prosperity gospel preached by Paul and Janice Crouch, who built a single station into the world’s largest Christian television network, has worked out well for them.

Mr. and Mrs. Crouch have his-and-her mansions one street apart in a gated community here, provided by the network using viewer donations and tax-free earnings. But Mrs. Crouch, 74, rarely sleeps in the $5.6 million house with tennis court and pool. She mostly lives in a large company house near Orlando, Fla., where she runs a side business, the Holy Land Experience theme park. Mr. Crouch, 78, has an adjacent home there too, but rarely visits. Its occupant is often a security guard who doubles as Mrs. Crouch’s chauffeur.

The twin sets of luxury homes only hint at the high living enjoyed by the Crouches, inspirational television personalities whose multitudes of stations and satellite signals reach millions of worshipers across the globe. Almost since they started in the 1970s, the couple have been criticized for secrecy about their use of donations, which totaled $93 million in 2010.

Now, after an upheaval with Shakespearean echoes, one son in this first family of televangelism has ousted the other to become the heir apparent. A granddaughter, who was in charge of TBN’s finances, has gone public with the most detailed allegations of financial improprieties yet, which TBN has denied, saying its practices were audited and legal.

The granddaughter, Brittany Koper, and her husband have been fired by the network, which accused them of stealing $1.3 million to buy real estate and cars and make family loans. “They’re just trying to divert attention from their own crimes,” said Colby May, a lawyer representing TBN. ...

In two pending lawsuits and in her first public interview, Ms. Koper described company-paid luxuries that she said appeared to violate the IRS’s ban on “excess compensation” by nonprofit organizations as well as possibly state and federal laws on false bookkeeping and self-dealing. ...

“My job as finance director was to find ways to label extravagant personal spending as ministry expenses,” Ms. Koper said. This is one way, she said, the company avoids probing questions from the IRS. She said that the absence of outsiders on TBN’s governing board — currently consisting of Paul, Janice and Matthew Crouch — had led to a serious lack of accountability for spending.

Ms. Koper and the two other former TBN employees also said that dozens of staff members, including Ms. Koper, chauffeurs, sound engineers and others had been ordained as ministers by TBN. This allowed the network to avoid paying Social Security taxes on their salaries and made it easier to justify providing family members with rent-free houses, sometimes called “parsonages,” she said.

The company did not always succeed. Last year, officials in Orange County, Fla., turned down TBN’s application to register the adjacent lakefront houses in Windermere as parsonages, saying they served no religious purpose, The Orlando Sentinel reported. ...

Mr. May, the lawyer, offered a broad defense of TBN and the Crouches. He said that TBN had indeed ordained hundreds of people who felt a true “ministerial call” and that performers at Holy Land Experience, for example, were “ministers playing roles.” ...

On the air, the Crouches combine uplifting talk with encouragement to give to the Lord, and so be repaid. This “prosperity gospel” is shared by several televangelists who appear on TBN. But many conventional Christian leaders regard it as a sham.

“Prosperity theology is a false theology,” said R. Albert Mohler Jr., president of the Southern Baptist Theological Seminary in Louisville, Ky. Between its message and its reputation for high spending, Mr. Mohler said, “TBN has been a huge embarrassment to evangelical Christianity for decades.”

In 2010, TBN received $93 million in tax-exempt donations, according to its tax report. The company also had $64 million in additional income from sales of airtime and $17 million in investment income that year. It spent $194 million operating its far-flung network and investing in new programs. The company was in the red for the year, but could draw on its cushion of $325 million in cash and investments.

Rusty Leonard, an independent tax expert and the leader of Wall Watchers, a charity watchdog group that has long criticized TBN for financial secrecy, said televangelists often escape penalties for extravagant spending because the definition of taxable “excess benefits” is subjective, and authorities are reluctant to challenge religious groups.

Marcus S. Owens, a tax lawyer with Caplin & Drysdale in Washington, said that lavish spending by nonprofit organizations could raise red flags for tax officials. “The law says that any compensation must be reasonable, and the value of a house is part of that,” he said. “Dinner on the company every night could be an issue too.” At the same time, Mr. Owens said, churches have considerable latitude under the First Amendment. Regarding the ordination of untrained workers, he said, “absent clear fraud, the government is not going to touch that.” ...

In 2008 and 2009, as Mrs. Crouch began remodeling Holy Land Experience, she rented adjacent rooms in the deluxe Loews Portofino Bay Hotel in Orlando — one for herself and one for her two beloved Maltese dogs and clothes, according to Mr. Clements and Ms. Koper. Mrs. Crouch rented the rooms for close to two years, they said.

Ms. Crouch was seldom without her little white dogs, pushing them in a pink stroller and keeping a costly motor home, originally purchased to serve as an office, for two years as an air-conditioned sanctuary for her pets, the two former employees said.

In Newport Beach, according to Ms. Koper, the elder Mr. Crouch sometimes traveled in a chauffeured Bentley, which TBN says is used to ferry television guests in proper style.

First-class “working dinners” are a way of life. In pending lawsuits, the Kopers say that Mr. Crouch, Mrs. Crouch and their son Matthew each ran up meal expenses of at least $300,000 per year. Mr. May, the TBN lawyer, said this was not accurate but did not offer other figures.

It appears that the "prosperity gospel" has worked for someone.

In our area, there is a large "prosperity gospel" church whose minister drives a Rolls Royce and has two jets at his disposal. I've been told that its members are instructed to bring in their W-2s each year so that the church can prepare their tax returns, determine their tithes, and get ten percent of their refunds, too. (But, when money is due the IRS, I doubt that the church helps to pay ten percent of that.) Nice system.

If only all organizations could be as pure as The New York Times, which has such concern for Chrisitianity. Maybe, next, it will investigate Rev. Wright's church in Chicago.