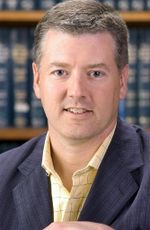 Kirk J. Stark (UCLA) presents Bribing the States to Tax Food at Duke today as part of its Tax Policy Seminar hosted by Lawrence A. Zelenak:

Most states with a retail sales tax exempt from the tax base food purchased for home consumption. The rationale for these exemptions is that taxing food would make an already regressive tax even more regressive, a concern validated by data on food consumption by income level. Nevertheless, public finance scholars have long criticized food tax exemptions as a costly and inefficient means of accomplishing this objective. In addition to the administrative complexity involved in determining which food is taxable and which is exempt, food tax exemptions distort consumer choice and exacerbate state revenue volatility. This paper considers the taxation of food within state retail sales taxes and evaluates a new proposal for a federal subsidy designed to compensate households for the estimated state sales tax cost of food purchased for home consumption. Properly designed and implemented, such a subsidy could have the dual benefit of (1) mitigating the regressivity and food security concerns associated with taxing food, while (2) eliminating (or at least reducing) the volatility, efficiency and administrative costs of state laws that exempt food from the sales tax base. An intergovernmental “bribe” of sorts, this new subsidy would be available only to full-time residents of states that include food for home consumption in the base of a general retail sales tax—a group that presently includes 7 states: Alabama, Hawaii, Idaho, Kansas, Mississippi, Oklahoma, and South Dakota. In the presence of a new federal subsidy, it is expected that states with food tax exemptions would amend their retail sales taxes to include food in the tax base since doing so would increase state revenues at little or no cost to state taxpayers. This proposed policy—i.e., a progressive federal subsidy designed to encourage the adoption of regressive state tax changes—is in stark contrast with current federal law, which provides regressive federal subsidies (such as the deduction for state and local taxes) that encourage progressive state taxes. This paper uses the food tax example to highlight the potential benefits associated with a fundamental reorientation of federal law to encourage the adoption of state tax structures consistent with principles of normative fiscal federalism.

Listed below are links to weblogs that reference Stark Presents Bribing the States to Tax Food Today at Duke:

Little wonder the Internal Revenue Code is such a mess.