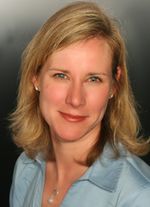 Part I discusses the framing of the choice of U.S. worldwide consolidation as opposed to U.S. territoriality in the existing literature and uses a numerical example to demonstrate objections raised by adherents of capital ownership neutrality theory to a lower U.S. corporate tax rate. Part II describes [corporate offshore excise tax ("COET")] design constraints, including revenue, Constitutionality, tax treaty compliance, minimizing tax avoidance, and avoiding giving corporate taxpayers incentives or messages with unfortunate results. Part II contends that the financial accounting measure of permanently reinvested earnings is the right base for a COET and considers a range of tax rates, from 0% to 35%. Part III considers the relationship between rational expectations and the possibility that a COET would produce unfortunate results such as increased incentives for expatriation. It defends a COET at a modest rate of 5.25% and develops an argument for a higher-rate COET.