DOJ Loses 30% of its Tax Prosecutors 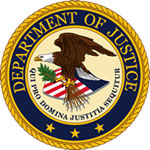 The U.S. Justice Department has lost almost 30% of its tax prosecutors in the past month, slowing a U.S. crackdown on offshore banks that enabled tax evasion, according to four people familiar with the matter.

Twenty-five of the 95 prosecutors in the tax division left headquarters in Washington for six-month “details” with U.S. attorneys around the country, and another three took permanent assignments, according to the four people, who declined to be identified because they aren’t authorized to speak publicly.

Many of the lawyers handled cases involving foreign banks or financial advisers suspected of helping U.S. clients cheat on taxes, the people said. The transfers came amid criminal probes of at least 11 Swiss financial institutions, including Credit Suisse (CSGN) Group AG, with the tax division leading or assisting each prosecution. “To move one-third of these people from that effort will significantly compromise such enforcement at the very time it is needed to deal with the huge amounts of offshore cases coming to the tax division,” said Nathan Hochman, a former assistant attorney general who oversaw the tax division under President George W. Bush.

Listed below are links to weblogs that reference DOJ Loses 30% of its Tax Prosecutors:

Much of what Publius says rings true. But Tax Division attorneys today still handle many routine bankruptcy cases, and, to my knowledge, all summons enforcement cases. And I question whether the Division has "a dearth of experienced trial attorneys" (while ticking off in my head several dozen I know). It is true that fewer federal tax cases are going to trial. Also, the volume of tax shelter cases is finally waning. Most to the point, the details of Tax Division attorneys to USAOs are the predictable consequence of the hiring spree that took place when the Obama Administration and Congress opened the budgetary floodgates in FY 2009-2010.

Thirty-five years ago, I heard Judge Louis Oberdorfer warn a taxpayer's counsel that the Tax Division trial attorney seated at the other table was the U.S. Department of Justice's version of a U.S. Marine. There was some truth to that, because Tax Division lawyers tried many civil and criminal cases, and were the only federal civil lawyers who handled jury trials. But about 20 years ago, in response to a relentlessly rising caseload and stagnant budget allocation, the Tax Division management decided to send small, routine, and uncomplicated cases to the U.S. Attorney offices. As budgetary authority continued to stagnate over the next five years or so, the Division management sent bankruptcy and summons cases to IRS counsel offices under a so-called "SAUSA program." The result, over time, was that the smaller "training cases," which got young lawyers into the courtroom to argue, examine witnesses and introduce evidence, were farmed out to the USAOs and IRS counsel offices around the country. After a few more years, there remained little of the kinds of cases on which newly hired lawyers could cut their teeth and gain vital trial experience. This trend was exacerbated by the well-documented, nation-wide gradual decline in the number of federal cases being resolved by trial. Today the Tax Division has a case inventory of large and complex tax cases, including multi-billion dollar tax shelter cases, and a dearth of experienced trial attorneys to litigate them, much less try them. The only thing left for the Division to do is to send its less-experienced lawyers out to the USAOs to try to get some experience working on some of the less complicated, routine cases handled by the USAOs.