In 2011, for the first time since the U.S. Postal Service began requiring law reviews to track and report their circulation numbers, no major law review had more than 2,000 paying subscribers. The Harvard Law Review remains the top journal, but its paid circulation has declined from more than 10,000 during much of the 1960s and ’70s to about 5,000 in the 1990s to 1,896 last year. 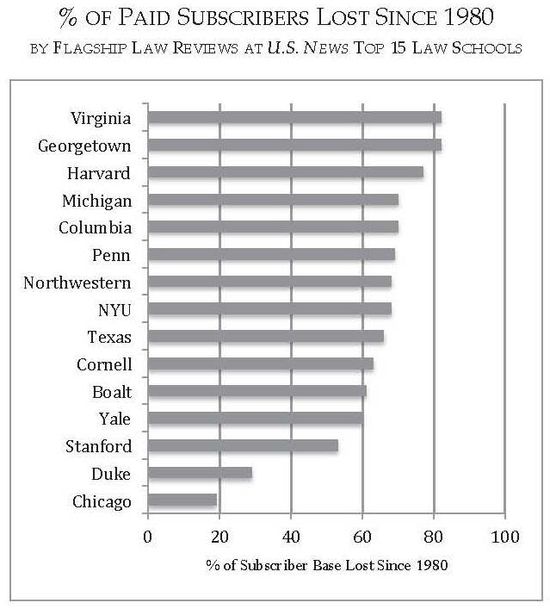 Listed below are links to weblogs that reference Law Review Circulation Continues to Plummet (2011):

The whole reason for this is that everything is electronic. Why would I pay hundreds of dollars for law reviews when I already have Westlaw and can gain access there? To boot, many schools offer their own web pages which feature the content. Not surprising that orders have gone down.