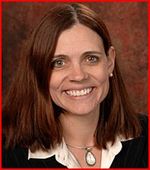 Consequentialism – the moral theory that legal policies should be judged by their ex post effects – play a starring role in most current tax policy debates (such as the debate over increasing marginal rates). Its influence on charitable giving policy, however, is often hidden. Because many scholars of the charitable tax subsidies seek to avoid thorny moral issues of justice, much scholarship on the subsidies focuses on the seemingly value-neutral ideals of efficiency and pluralism. But such ideals are not value neutral after all. Consider efficiency: by focusing on preference satisfaction, many discussions of efficiency are implicitly welfarist. The same is true of the pluralism-focused scholarship; by celebrating the ability of a wide variety of individuals to satisfy their preferences for public goods, it too is often implicitly welfarist. Further, many recurring critiques of the charitable tax subsidies hint at consequentialist notions of distributive justice (such as the criticism that “too much” charitable giving to groups such as the opera benefits the middle- and upper-classes of society, doing “too little” to help the poor).

Consequentialist ideals thus permeate current discussions of the charitable tax subsidies. To that end, this Article will mine the nuances of consequentialist moral theories to see what light, if any, can be shed on the subsidies. Applying a narrow conception of traditional utilitarianism (which measures utility in terms of wealth and income and assumes the declining marginal utility thereof) suggests that donations to organizations which as a general matter benefit those less well-off than the donors merit a subsidy – regardless of where on the income spectrum that redistribution occurs. This suggests that common criticisms of the subsidies for not doing enough to help the “poor” are unfounded. Such criticisms are also unfounded if one rejects the the assumption of declining marginal utility, or if one applies a happiness-maximizing version of utilitarianism. This latter version, however, raises complicated issues concerning the disutility of non-donors who are opposed to a given charity’s mission. On the other hand, adopting a leximin theory of justice does lend weight to the common criticism that the charitable tax subsidies do not do enough to benefit the less-fortunate.

Listed below are links to weblogs that reference Fleischer Presents Consequentialism and Charitable Giving Today at Toronto:

Is this a real article or an attempt at tax humor?

I've just been looking at IRS Form 990's, and that's where really suspicious use of donations is being made. Maybe we should have a requirement that a simplified version of the 990 listing just things like top compensations, total incomes, donation to fundraising ratios, and first-class air travel be sent to anyone who donates over $50.