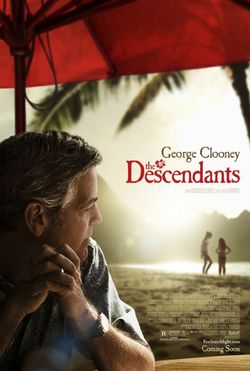 Estate planning doesn’t often make it to the Academy Awards. But that’s happened this year, with The Descendants nominated for Oscars in five categories, including best picture, best actor (George Cloney) and best director (Alexander Payne).

Based on the novel by Kaui Hart Hemmings (see related story here), it’s a multi-layered story about Matt King (played by Clooney), a rich trial lawyer in the throes of a midlife crisis and personal tragedy. ... [T]he movie title refers to the fact that King is the descendant of a wealthy white banker and a Hawaiian princess. They left valuable real estate on Kauai in a trust. With that trust about to end, King must decide whether to sell the land to a developer, enriching himself and his greedy cousins.

To most viewers, estate planning themes are secondary to the film’s other dramas. But it turns out that the legal issues were painstakingly developed and fact-checked. On location in Hawaii in March, 2010 to get the lay of the land and soak up its culture, Alexander Payne, the director, consulted Randall Roth, a professor at the University of Hawaii School of Law and a nationally known trusts and estates expert.

Roth, who hails from Kansas, is a 30-year resident of Hawaii and happens to be an authority on land trusts in the state. He’s the co-author of Broken Trust, a book about the mismanagement and political manipulation of America’s largest charitable trust. With private land trusts, he says, there’s often a tension, as there was in The Descendants, about whether to pave paradise and convert a land-rich/cash-poor trust to a highly profitable venture. ... Roth says he spent about six hours — not counting the time it took to read the book — making notes, talking and exchanging e-mails with Payne. He says he wasn’t paid for these efforts, but “thoroughly enjoyed the experience and was thrilled” when Payne gave him a screen credit. ...

Forbes talked with [Roth] about the estate planning themes that thread through the movie:

Listed below are links to weblogs that reference Forbes: Estate Planning Issues in The Descendants: