Barack Obama and Mitt Romney: Tax Emperors With No Clothes 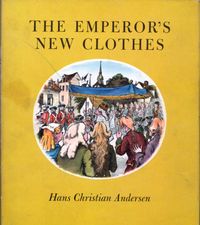 After a frantic day of listening to rival briefings and addressing reporters’ questions on the new tax reform plans unveiled by President Obama and Governor Romney, an old tale stuck in my mind. It was the famous Hans Christian Anderson fable of the emperor and his new clothes. ...

In one sense, [the Obama tax plan and the Romney tax plan are] very different, as one would expect from two candidates with diverse philosophies and constituencies. ... But beneath the deep differences, there were striking similarities. Both men promised a 20% marginal tax rate cut – Obama in the corporate income tax rate, Romney in individual income tax rates. Both promised to pay for the rate cuts by closing loopholes. And, although Obama has advanced some proposals to end corporate preferences, both refused to identify fully (or, in Romney’s case at all) the specific measures needed to pay for the rate cuts.

All that is missing is a little child who will point out the obvious.

Listed below are links to weblogs that reference Barack Obama and Mitt Romney: Tax Emperors With No Clothes: