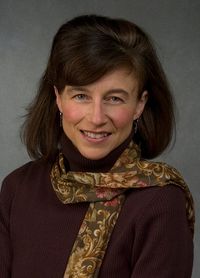 Following up on my prior posts (links below) on the lawsuit filed against former Iowa Law School Dean (and Tax Prof) Carolyn Jones by Teresa R. Wagner, Associate Director of the school's Writing Resource Center, claiming that she was twice rejected for a legal writing faculty position because of her conservative political views:  New York Times, Lawsuit Pits Political Activism Against Campus Diversity, by Adam Liptak:

Teresa R. Wagner is a conservative Republican who wants to teach law. Her politics may have hurt her career.

An official of the University of Iow College of Law, where Ms. Wagner applied for a job in 2006, certainly seemed to think so. “Frankly, one thing that worries me is that some people may be opposed to Teresa serving in any role, in part at least because they so despise her politics (and especially her activism about it),” Associate Dean Jonathan C. Carlson wrote in 2007 to the law school’s dean, Carolyn Jones.

Ms. Wagner, who graduated from the law school in 1993 and had taught at the George Mason University School of Law, was not hired. She sued, alleging discrimination because of her political beliefs. Late last month, a unanimous three-judge panel of the United States Court of Appeals for the Eighth Circuit, in St. Louis, ruled that her case should go to trial, saying she had presented enough evidence to suggest that “Dean Jones’s repeated decisions not to hire Wagner were in part motivated by Wagner’s constitutionally protected First Amendment rights of political belief and association.” ...

Listed below are links to weblogs that reference NY Times on Unsuccessful Republican Law Faculty Candidate's Discrimination Lawsuit Against Iowa:

Anon, her scholarship may be weak, but the guy who got the job had absolutely zero, apparently, no legal experience, and whatever teaching experience he had was a negative for him. And the standard for avoiding summary judgement is pretty low. What the court held was:

"When the facts are viewed in their totality with all reasonable inferences being
drawn in favor of Wagner, we believe that Wagner has presented sufficient evidence
for a fact finder to infer that Dean Jones’s repeated decisions not to hire Wagner were in part motivated by Wagner’s constitutionally protected First Amendment rights of political belief and association."

It will make an interesting trial. I suppose the law school's best defense will be that it had some other reason for not hiring her that is bad but not illegal--- that the candidate hired was a friend of someone on the faculty, or was a good tennis player, or was better-looking, or something like that. Or, they can argue that Wagner was a personal enemy of someone on the facutly, or a bad tennis player, or is ugly, or has bad breath.

Has anyone seen her scholarship? As far as I can tell, she hasn't published any--mainly just edited others' work--and little of that would count as scholarship.

She edited a book of pro-life essays

According to the book description, "The book is intended for the next generation of pro-life leaders."

She also edited a book of essays about why the U.N. is bad.

The contributions are largely from Republican political figures.

She appears to have authored an out of print monograph as well. It looks like something that came out of a think tank and was never published in a reputable academic journal.

Maybe if she published some quality scholarship, she'd have a shot at an academic job.

I can see denying someone an appointment if they think waterboarding is not torture. Or that you can raise more revenue by reducing federal taxes from their current marginal rate of 35% or so. Or that they do not believe in evolution or global climate change.

Wagner's lawyer describes her as an "an ideologue" -- and he's trying to help her.

Is this just being old fashioned, or is it inappropriate for a professor, who is supposed to honestly and fairly consider different view points--and teach students to do the same--to be dogmatically and uncompromisingly ideological?

Lawyers are supposed to believe in facts and evidence and use them to argue, not make inflammatory appeals to "values". The issue may not be her particular ideology so much as dogmatism in general, which is not an asset for a professor or an advocate.

Wagner's case sounds like the thin wedge of Neo-McCarthyism. Then again, given the University she previously chose to work at--one that is known for sacrificing independent scholarship to slavishly chase corporate contributions--perhaps these spurious claims are not entirely surprising.