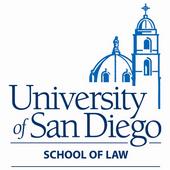 Governments rely largely on tax revenues. Traditional economic models of tax compliance typically assume that it is in the government‘s best interest to maximize the amount of tax due that it actually collects. In these models, enforcement is costly and imperfect, and the resulting “probabilistic” enforcement scheme is assumed to decrease social welfare by reducing overall tax revenues. More recent models suggest that the negative effects of imperfect enforcement may be less pernicious than previously believed, typically because risk-averse taxpayers are more likely to comply with tax laws in the face of uncertainty. Yet, like the early models, these newer models generally assume that perfect enforcement remains the ideal, and necessarily turn upon taxpayer risk-aversion. We make an original contribution by showing that even if perfect enforcement were costless, it would not always be optimal—regardless of the risk-profile of the taxpayer.

In this regard, it is well known that the imposition of taxes can cause economic distortions, such as dampening productivity, misallocating resources, and decreasing consumer demand. We show that the government‘s intentional adoption of a system of imperfect, probabilistic enforcement can lead to reductions in these distortions, while maintaining or even increasing overall tax revenue. Importantly, not only do these benefits not depend on taxpayer risk-aversion, they cannot be easily replicated by adjustments to the rate schedule or base of a given tax, or by attempts to alter its incidence.