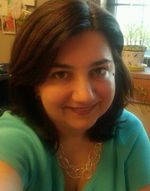 The question of how much deference courts should accord agency interpretations of statutes is a high-profile and important issue that affects both rulemaking and case outcomes. What level of deference should courts accord an agency regulation or other rule that an agency has issued opportunistically, during the course of related litigation? This important question has arisen in numerous cases, including the 2011 U.S. Supreme Court decision in Mayo Foundation for Medical Education and Research v. United States, a case involving a Treasury regulation.

To answer the question, the Article analyzes the law on judicial deference to tax authorities generally, as well as specific to the context of pending litigation. It concludes that deference under the famous case of Chevron U.S.A., Inc. v. Natural Resources Defense Council, Inc. applies to all Treasury regulations issued in accordance with the requirements of the Administrative Procedure Act. It further argues that Revenue Rulings -- formal guidance issued by the IRS -- should receive deference under Skidmore v. Swift & Co. Following an analysis of the literature and applicable case law, the Article proposes that rulings issued during the controversy receive the applicable level of deference (Chevron or Skidmore), but that the deference inquiry take into account the retroactivity and surprise issues raised by the timing of the agency’s guidance.

Listed below are links to weblogs that reference Lederman Presents Deference to Regs, Rulings Issued During Litigation at San Diego: