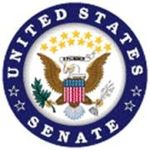 [T]he 2004 repatriation tax break that allowed U.S. companies to bring $312 billion in offshore earnings back to the United States at an extraordinarily low tax rate did not produce any of the promised benefits of new jobs or increased research expenditures to spur economic growth. The report looked at the top 15 repatriating companies. ...Among the report’s findings are the following.

Listed below are links to weblogs that reference Senate Report: 2004 Repatriation Tax Holiday Failed on Every Level :

Without context, and coming from a Democrat controlled Senate, these numbers are useless.

Compare the hiring and R&D of these companies with similar companies over the same time period, and I would be willing to bet there would be quite a difference.

Tax holidays are stupid. Even if they are purported to be "one time only", they create an expectation of future holidays.

This argument is the same for "one time only" amnesties for illegal immigrants. It's not ideological. "One time only" deals are stupid, no matter who they favor.