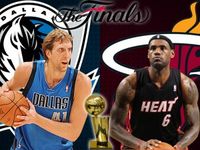 In contrast to major league baseball, the National Basketball Association has a salary cap designed to provide every team an equal and fair chance of competing for the championship. The Miami Heat‘s recent incredible success in signing the game‘s three most hotly desired free agents, including mega-stars Lebron James and Dwyane Wade, therefore flies in the face of the NBA‘s attempted level playing field. How could one team so outmaneuver all the others in the sport which tried to eliminate such uncompetitive results via a salary cap?

As discussed in this Essay, the answer lies in the law of unintended consequences and perverse incentives. Some NBA teams are located in more attractive jurisdictions with nicer amenities or lower costs, such as taxes. In particular, Miami provides a highly-favorable climate both as to weather and taxes as Florida does not have a state income tax. In the absence of any salary cap limitations, teams in higher-tax jurisdictions could compete better with Miami for free agent players by offering higher salaries to offset the extra tax. But the NBA salary cap, by its very terms, blocks this usual free-market response.

Having flagged this perverse and unintended benefit to the no-tax clubs, this Essay then proposes an appropriate solution. Rather than scrapping the salary cap and restoring a competitive advantage to the wealthier clubs, a state tax adjustment to the cap amounts would remove the rich clubs‘ advantage without substituting an unintended benefit to the no-tax clubs. The salary cap amounts of no-tax teams simply should be reduced by a percentage equal to the highest state tax rate of any NBA team. After making this simple adjustment, this Essay then refutes more sophisticated arguments as to why the proposed adjustment might go too far. Among other points, this Essay highlights how Miami‘s tax advantage might extend beyond just Lebron‘s salary to include his extensive endorsement income as well. Expanding the analysis to such deeper level therefore highlights an even greater need for a state tax adjustment to the NBA salary cap.

Listed below are links to weblogs that reference Engler: NBA Salary Cap Gives No-Tax Dallas and Miami an Unfair Advantage:

Nice theory, but it just doesn't pan out in practice. If this was true, the Miami Dolphins, Jacksonville Jaguars, and the Tampa Bay Bucs would be winning Super Bowls (or at least competitive) consistently in the salary cap era.

Climate and income tax are really not significant factors for most players. Lebron could make way more money playing for the New York Knicks than for the Orlando Magic, but you don't see anyone making the argument for a "media endorsement adjustment", which certainly helps teams in large markets. Additionally, teams in high-tax markets presumably have better social services in those states, should we also make an adjustment for the smoother roads, better police and fire protection, nicer schools, etc... that the Celtics players can avail themselves? We'll also need a "sales tax adjustment" to avoid giving those tax dodging Trailblazers an advantage.

I know that we care about taxes, but I don't think players do. Nor is there any way to truly "balance" out the markets. Players are going to choose New York over Oklahoma City every time, regardless of the state income tax rate.

I am completely agree with these words 'every team should an equal and fair chance of competing'. if we will not give any chance to new teams how they can prove themselves.