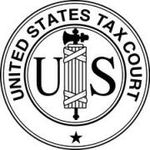 Petitioner has a master’s degree in accounting from Florida International University. He worked for the Internal Revenue Service for 7 years, working as a tax technician, revenue agent, Appeals auditor, and Appeals officer. In 1985 petitioner started the accounting business he continues to operate today. This business provides tax return preparation services and has helped prepare approximately 180-220 returns per year.

Petitioner has two daughters. In 2007 his daughters were 17 and 20 years old, respectively. His older daughter was a fulltime student at Rutgers University from September 1, 2005, through May 9, 2007. His younger daughter was a high school student in 2007. Petitioner’s daughters provided administrative assistance in his accounting business, but the business did not issue either a Form W-2, Wage and Tax Statement, or a Form 1099- MISC, Miscellaneous Income, to report any wages to either daughter. Petitioner paid his daughters’ credit card bills....

Petitioner argues that both his daughters were paid wages for administrative work performed for his accounting business in 2007. However, neither daughter was issued a paycheck, Form 1099-MISC, or Form W-2. Further, neither had tax withheld. Petitioner testified that he paid his daughters for their work by paying their credit card bills but has not provided any evidence to substantiate amounts paid. Accordingly, we sustain respondent’s determinations with respect to the wages paid to petitioner’s daughters.

» Accountant not allowed to deduct his research carrel from Roth & Company, P.C.
As long as I have been in public accounting, the men's room has also been called the "research library." It's... [Read More]

» Don't flush that home office deduction from IowaBiz
With the rise of the Internet and the wonderful business computer tools now available, more entrepreneurs make do without fancy rental office than ever before. But not everyone who works at home qualifies for a home office deduction. A Florida... [Read More]

hey, if that what make you happy then fine just don't harm the daughters

If He deducted His Clob Lobster then It would be Legal.

Very clever, Roger! Ten points for that one!

Certainly that "business" involved paperwork that he should have taken to court, if he wanted to raise a stink. (I'm acting like I'm in third grade again.)

I would say the more precise argument is that he was doing his "business" in there.

Too bad. That's probably where he did most of his thinking.