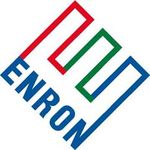 This case involves a deficiency of $3,910,000 determined by respondent in the 2001 Federal income tax of Kenneth L. Lay and Linda P. Lay (the Lays). The deficiency is based upon respondent’s determination that the Lays received income as a result of the sale of two annuity contracts to Enron Corp. (Enron). For the reasons stated herein, we find that they did not receive the income determined by respondent and are not liable for the deficiency. ...

» Ken Lay wins in Tax Court. But he's still dead. from Roth & Company, P.C.
Ken Lay got $10 million from Enron in a deal structured as a sale by him of an annuity contract... [Read More]

And these are the people to run our health care?!?