Ramseyer & Rasmusen: IRS Had No Authority to Waive NOL Rules for GM 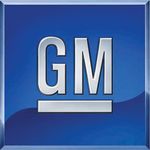 J. Mark Ramseyer (Harvard Law School) & Eric B. Rasmusen (Indiana University, Kelley School of Business) have sent me an updated version of their paper, Can the Treasury Exempt Companies It Owns From taxes? The $45 Billion General Motors Loss Carryover Rule. Here is the abstract:

To discourage firms from trying to buy and sell deductions, § 382 of the tax code limits the ability of a firm that acquires another company to use the target's "net operating losses" (NOLs). Under the Troubled Asset Relief Program (TARP), the Treasury lent a large amount of money to GM. In bankruptcy, it then transformed the debt into stock.

GM did not make many cars anyone wanted to buy, but it did have $45 billion in NOLs. Unfortunately for the firm, if the Treasury now sold the stock it acquired in bankruptcy it would trigger those § 382 NOL limitations. Suppose the newly reorganized GM did start making cars that consumers wanted. It would be able to use only a modest portion of its old NOL’s -- if any.

Treasury solved this problem by issuing a series of "Notices" in which it announced that the law did not apply. On its terms,  § 382 states that the NOL limits apply when a firm's ownership changed. That rule, the Treasury declared, did not apply to itself. Notwithstanding the straightforward and all-inclusive statutory language, GM would be able to continue to use its NOLs in full after the Treasury sold its stock.

The Treasury had no legal or economic justification for these Notices, which applied to Citigroup and AIG as well as to GM. Nonetheless, the Notices largely escaped public attention, though they had the potential to transfer significant wealth to loyal supporters (the UAW). That it could do so illustrates the risk involved in this manipulation. We suggest that Congress give its members standing to challenge such manipulation in court.

Listed below are links to weblogs that reference Ramseyer & Rasmusen: IRS Had No Authority to Waive NOL Rules for GM:

Maybe it was just a TurboTax error.

Where does this leave the whole "equal protection" issue...?

Does this mean I don't have to pay my taxes? ...'cause otherwise, they're saying that GM gets better protection than me.

but that would require a little G.A.F. regarding the Constitution

Just to keep the facts on track---

1. It's Ramseyer who's the Mitsubishi Professor, not Rasmusen. Ramseyer's main fame is as a scholar of Japanese law (though in his pre-prof days he was an associate doing corporate tax).

2. The first notices of this kind were indeed from the Bush Treasury, including the infamous Wells Fargo Notice. And Bush supported actual legislation (which would have been legal) to give the tax break to auto companies. The new Administration repealed the Wells Fargo Notice and then went on to issue its own illegal notices. Our paper's point is that this is a dangerous temptation for all politicians and Treasury bureaucrats, not just Democrats.

3. You tax experts have to help the public out on this. It's an especially dangerous temptation for politicians because it's hard to get the public and Congressmen outraged about "No exemptions from Section 382 for sale of assets by GM purchased earlier from another company also called GM using credit bidding in a Section 363 sale in Chapter 11!", despite the billions at stake.

It's just not as catchy as "Give me liberty or give me death".

Whether issued by the Bush administration or not, this is WRONG. As the old Russian proverb says, fish rot from the head.

We need to curb the powers of the feds...significantly.

The two Notices at issue were issued in late September 2008. Can you tell me what was going on at that time? That's right; a financial meltdown. What's more -- this was issued by the Bush administration. The Obama administration didn't even get into office until the following year.

Any right wing fantasies of Obama's tyrannical exercise of power are nothing more than fantasies. And I have to laugh at those who now criticize people who actively took steps to avert a second Great Depression. Many of those blowhards and armchair strategists posturing here wouldn't even have the courage or the foresight to forestall a deluge of water rushing towards your own homes. People like you shouldn't even be elected town dogcatcher. You're simply too stupid to run anything.

If allowed to stand, this will greatly increase the power of imcumbancy by allowing the current office holders to forgive and forget tax liabilities of favored citizens.

Something similar was in place prior to the French Revolution. A "noble" was exempt from general taxation, leaving only the peasants and the rising middle class to cover the cost of government.

Are we to have a "New Aristocracy" of Crony Capitalism?

What's interesting is that right-wing editorial writers are blaming this on the current administration, when the IRS rulings can be traced back to the waning days of the Bush administration. See Notice 2008-100,

It's also interesting, although I am sure irrelevant, that Rasmusen is the Mitsubishi Professor at Harvard Law.

Unprecedented tyranny from the Obama Administration! As the article notes (footnotes omitted):

Treasury issued the first of these notices in mid-2008. Notice 2008-76 exempted from Sec. 382 the acquisition of stock of a loss corporation by the U.S. under the Housing and Economic Recovery Act of 2008. The Notice covered Fannie Mae and Freddie Mac. Notice 2008-83 authorized banks to take certain deductions under 382(h). Commonly called the "Wells Fargo Ruling," it was predicted to cost the government between $105 to $110 billion. The Jones Day law firm estimated its cost at $140 billion.

Time and again, this administration has proven its tyrannical nature by ruling by fiat. The problem is, of course, Congress. Only they can rein in the Executive branch, but Dems would never do such a thing. Silence is assent. Who will watch the watchman?

This has been a growing problem. They are taking advantage of a loophole in our system, i.e., who will prosecute? The Department of Justice? They are lawless, too. Short of armed revolt, and executing a few as a lesson to the rest, there is no provision for reining in a lawless administration.

Impeachment is the only way, and that requires a 2/3 super-majority in both Chambers. This is not possible, because the Dem Party is itself lawless.

There is another way: Constitutional Convention. Messy, and unlikely to achieve anything. The 2012 election is everything, and it cannot get here soon enough.

Seems to me like 'air65cav' knows something about this but I have to admit I know nothing at all. I'm not surprised to see a government saying that laws on the books don't apply to it, whether section 382 of the IRS statute or the War Powers Act. What I am a bit surprised about is the lack of volume from our elected representatives. As a democratic republic, didn't we used to have the power of the purse? It is sad to see that no elected official, especially those master debaters (?) in the Senate, stand in front of these trains and just say "NO!". It's all just slip sliding away.

Suddenly in their world saying, "Unh unh!" was a valid legal defense.

This is the defining characteristic of the Obama administration: Saying openly, loudly, and frequently that the law does not apply to them, nor does it apply to their friends and allies.

Since when does the law apply to the government? /sarc

To paraphrase Graham Chapman: there is no economic or social problem which an expensive government intervention can't prolong.

The handwriting already is on the wall - GM, AIG, and Citigroup are zombie companies.

For socialists like Obama laws mean nothing, so he will cheat his way around this.

Anyway, I really doubt they care about the law, especially as no one will have the standing to sue. Standing problems make it really easy for the executive branch to be as corrupt as they want to be, so long as the other party doesn't have 2/3 majority in both houses.

I actually know something about this. This was a concern to GM's tax group from Day One, and funded lawyers and lobbyests by the bushel. GM thought a legislative fix was necessary. Instead, someone at Treasury said, pay no attention to the language of the statute, section 382 doesn't apply to the US. Who knew?

Unfortunately, it's all of a piece with eliminating the rights to the bondholdes - this is not the rule of law.

The saving grace - cough, cough - is that it is not likely that GM will make $45 billion in US taxable profits.