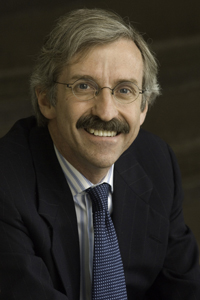 I previously have blogged (here, here, here, and here) about the heroic battle against amyotrophic lateral sclerosis (ALS), also known as Lou Gehrig's disease, waged by one of the true giants and nicest people in our business, Steven G. Gey, David and Deborah Fonvielle and Donald and Janet Hinkle Professor of Law at Florida State. Dean Don Widener reports that Steve died on June 9 at the age of 55:

Steve was a magnificent teacher, scholar, mentor, and champion of civil liberties. He profoundly inspired colleagues and students alike. Steve’s contributions to the law school and broader legal community are immeasurable. We all mourn his passing.

Steve’s family asks for privacy during this difficult period. There will be no visitation or funeral services other than for family members at this time. However, we will have a public memorial ceremony at a later date. We will provide details in the coming weeks.

The family asks that in lieu of flowers, contributions may be made to the Gey Endowment for Civil Liberties.

As his longtime colleague Nat Stern says in the Tallahassee Democrat, "I have no doubt that Steve Gey is the finest professor this law school will ever know. He was superb at every facet of the job. He was a magnificent teacher. He was brilliant, he was spell-binding, he was often hilarious.” These qualities are evident in the brief speech Steve gave at Florida State's graduation (Hat Tip: Dan Filler):

Listed below are links to weblogs that reference Death of Steve Gey:

The above clip was my graduation class in 1990. Steve was truly an inspiration to all who knew him, agreed with him, disagreed with him, whatever. All viewpoints were sacred to Steve and he considered each carefully and nonjudgmentally. I showed the clip to my son the day after Steve passed to explain why I am both honored and humbled to be a First Amendment lawyer as well. RIP Steve.