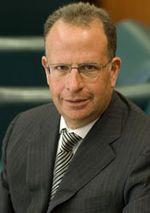 The PwC study is extraordinarily disingenuous, in at least three dimensions:
I just don't understand why the relatively few thousand dollars that PWC presumably collected for authoring this document justify the erosion of its reputation and goodwill.

A couple re-critiques, from bottom up. First, deferred tax liabilities almost always do reverse, which is why they are liabilities on the balance sheeet. Notably, DTLs on fixed assets always reverse.

Secondly, why not muddle domestic and foreign income? Don't companies earn both? The implicit critique is that this is not 'US' tax. This is disingenuous in its own way since the US actually does tax foreign income (at the unusually high US tax rates). hence this is actually favourable to the US by assuming that the foreign countries do so too (almost none of the OECD countries effectively tax foreign income).

Thirdly, the apparent rejoinder in the first critique is a non sequitur masquerading as a rejoinder. Comparing statutory average rates is completely besides the point, which is why (even) this PwC study looks at a an alternative measure, being the effective tax rate.

The accounting firm's nightmare: a taxprof who knows more than they do. It's like in Star Wars 3, when Yoda fights the Emperor. But even Yoda doesn't always win.

This is a great critique of a report that when first viewed one's reacton was "that cannot be correct".

It just goes to show that while anyone can mislead, to really have an effective distortion requires statistics.