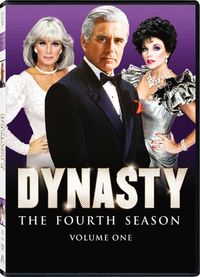 It's official: A type of trust used by the wealthy to shelter assets from estate taxes for hundreds of years, or even forever, is under fire.

The proposal, which first appeared a few weeks ago on a hit list of estate provisions in President Obama's 2012 budget, would limit tax-free "dynasty trusts" to 90 years.

The chances of passage are practically zero this year, say experts. But taxpayers should know that the idea is in play—and act accordingly. As proposed, the change would apply to new trusts or additions of money to existing ones, but not to those already funded.

Bottom line: If you are considering setting up a dynasty trust, move swiftly. ...

Dynasty trusts have gathered steam since the 1986 tax overhaul installed the current version of the "generation-skipping tax." This levy imposes taxes that would be avoided if taxpayers left assets to heirs who are more than one generation below. ... Dynasty trusts push [the] generation-skipping tax exemption to the max, putting the exempted amount beyond the reach of estate taxes for the life of the trust. That, in turn, means the heirs don't have to "spend" their own exemptions on those assets. These trusts are now allowed in 23 states and the District of Columbia (see table), to the delight of companies that charge fees to manage them. Taxpayers don't have to live in a state to put a trust there.

To enable these trusts, most of the states allowing them had to get rid of an old common-law principle called the "rule against perpetuities," which allowed trusts to exist only for about 90 years. The Obama administration proposal would reinstate this old principle in a way by removing the federal tax exemption after 90 years. So the trust can go on indefinitely, but the exemption can't....

Opponents of dynasty trusts often object to them on policy grounds. Prof. Ray Madoff of Boston College Law School fears they will help create a new aristocracy with access to tax-free, creditor-proof wealth. She also worries they benefit bankers as much as families: "Bankers are using these trusts as a decoy to line their own pockets."

Most families don't wither away, they grow to such size that they eat away at the trust. The Kennedys, when old Joe was alive, had access to millions for political campaigns.

Today, there are so many of them that there's no pot of excess cash to tap into, and political campaigns have become ruinously expensive. Ted Kennedy was probably the last to be able to tap the well - notice his son left politics after Ted died, and Joe III left for a non-profit years before.

The Kennedy machine is gone, and the heirs are well on their way to becoming a large, quiet, upper middle class family with no great political or financial assets, except for nostalgia, and it took less than 90 years.

Dynasty trusts are a cosmically bad idea for the Grantors and their families. Their capital is tied up in a trust, taxed at trust rates, and they will never see it again. Eventually the family will dwindle away and the money will be stolen. The trustees will churn the account and run up fees.

Who wins. The banks that pitch the idea. They will have a safe source of fees, and if the family goes away, a permanent one.

I don't really see anything horrednously wrong with this proposal. Most states in the past had rule against perpituties clauses that would limit the length of a trust anyway. What has happened is a race to the bottom of some states to attract financial institutions that promote these trusts into their states. It isn't abolishing the trusts just not giving these trusts federal tax exemption on the wealth transfer 90 years out...so essentially my great-great grandchildren that I will never meet anyway will owe money on the transfer. Now, if he was talking charitable lead trusts that is another story.

Abolish the death tax, and this kind of wasteful manipulation goes away. The money is instead invested in productive enterprises and generates taxes on dividends and capital gains.

The income earned by a dynasty trust is taxed, either to the trust itself (if not distributed) or to the beneficiaries (if it's distributed), same as any other trust. On creation of a dynasty trust, the grantor pays wealth transfer taxes--a 35% gift or estate tax and a 35% generation skipping transfers tax, both taxes on principal and not income--or is at least forced to use up her statutory exemptions from these taxes.

Once a dynsaty trust is created, there are no further wealth-transfer taxes on the property of the trust as long as it stays in the trust. That's the only "sheltering" they accomplish. As soon as trust income or principal is distributed to an individual beneficiary, any further transfers will be again subject to the wealth transfer taxes.

That's awesome. I mean, in a sense of schadenfreude, because these rich pukes helped put Obama in Office.

I want to buy some near-wilderness recreation land, and put a cabin on it, and put that in such a trust, so that future generations of my family will have a "freehold" or escape from an increasingly statist state.

That doesn't make me ultra-rich. The erosion of private property rights has always been the goal of communists, and as far as I am concerned anyone trying to take this goal away from me is a communist traitor unworthy of breathing the same air as me.

"Good, I can't think of a single reason why extremely wealthy individuals should be able to lock up their money forever."

I can: It's their property. They can spend it. They can invest it. They can put it in a giant vault for their descendants in the 25th century. When it's used for a taxable purchase or an investment, the government will certainly tax that purchase or investment. I don't see any logical reason why the government should also be able to tax it while its in a trust, whether it's tomorrow or in 90 years.

Apparently Obama wants tax-free assets to last only 90 years, but wants tax-driven debts to be forever.

Foundations, in order to retain their tax-exempt status, only have to give away 5% of their assets each year. If the foundation has a big enough endowment, a competent money manager can earn more on prudent investments than the foundation must give away. In other words, foundations can have eternal life.

This is made worse by the fact that foundation boards are self-perpetuating. They can appoint whomever they please to fill vacant positions. Foundations have no customers who can pressure them via boycott, nor shareholders to vote for change. Foundations are free to spend their money in "education", that is creating propaganda and funding causes that are hostile to the liberties and prosperity we enjoy. Tax exempt foundations hold several percent of the GDP in the form of investment assets.

I doubt that the Founding Fathers would think that allowing a hostile voice to have unrestrained ability to attempt to influence policy and public opinion is conducive to open and honest public debate on important issues. In fact, we see foundations such the Ford, and Tides work to destroy the Constitution and personal liberty.

A simple way of addressing this would be to raise the required level of foundation spending to a percent that was sufficiently high so that a foundation spent its funds entirely over time. That percent increase might only be changing the current 5% to 8%. This would cause billions of dollars to liquidated and flushed into the economy. Yes, this would take place through causes that foundations favor, but I think at this time in the public mood, no amount of liberal spending is going to dent the power of the tea party revolt against liberal economics. However, liberals will be back and we must do all we can to put an end to as many of their sources of funding as possible.

Do the Kennedys have one of these?

To the list of states that allow dynasty trusts, you should add Arizona.

Does this mean we'll eventually be able to get at the Kennedy fortune?

LOLOLOLOL They voted for this....

Good, I can't think of a single reason why extremely wealthy individuals should be able to lock up their money forever. The rule against perpetuities exists for good reason. It seems to me the 1986 reform is a problem as well--the generation skipping tax should be eliminated along with the dynasty trust. The RAP is sufficient for both situations.

All your money are belonging to us.

The US Gov't seems determined to have 'Dynasty Deficits', and giving them any more money will result only in more spending.