Rasmusen Presents The Lawlessness of the GM NOL Ruling 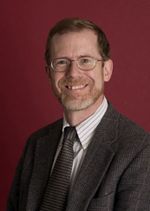 Eric B. Rasmusen (Indiana University, Kelley School of Business) presents Can the Treasury Exempt Companies It Owns from Taxes? The $45 Billion General Motors Loss Carryforward Rule in an invitation-only virtual workshop today. Here is the abstract:

A corporation that buys property does not thereby acquire the right to reduce its corporate income tax by deducting the seller’s past years’ losses against its own future income. The tax code contains express provisions to rule out various complex ways of doing that, so as to prevent assets from being purchased for the sake of the net operating loss carryovers. After the government joined private parties in purchasing most of General Motors’s property, the Secretary of the Treasury issued “the EESA Notices” which said that the usual tax rules would not apply and the purchasers could deduct $45 billion from their future corporate income, a tax asset worth an estimated $16 billion. The notice gave no justification for the exception, except that the TARP act gives the Secretary authority to do what is “necessary or appropriate to carry out the purposes of EESA.”

This paper argues that there is no legal or economic justification for the EESA Notices, even aside from the issue of whether the government should have bought the GM property. The scant attention paid to the large wealth transfer of the EESA Notices shows the danger of allowing this kind of tax ruling, especially in comparison to the widespread criticism of the government purchase itself, an action which may well have a much smaller cost given that the government’s previous loans to GM were already sunk.

Listed below are links to weblogs that reference Rasmusen Presents The Lawlessness of the GM NOL Ruling:

Don Boyd (and others): If you'd like to be on my list for getting a copy of the paper in a month or so when it's ready, email me at erasmuse@indiana.edu.

Cousin Dave: Stock analysts made estimates of the expected value of the tax breaks, because they wanted to figure out whether the new IPO stock price was a good buy for investors or not. In their estimates, they do their honest best to predict how soon GM will make enough profits to use the tax breaks. Their estimates of the value are lower than GM's (which, because of rigid standard accounting rules, *must* be overstated) but are still on the order of $12 billion. (The $45 billion is for the dollar value of deductions, which of course is greater than the tax saving.)

By the way, AIG, Citicorp, Fannie Mae and Freddie Mac get the same illegal tax break. Fannie and Freddie, tho,are indeed very unlikely ever to break through and earn the profits necessary to get any advantage from it.

"Of course, if GM doesn't have actual US gains, which has eluded GM for years, will be worthless. "

Do you think they might be setting this up for a backdoor subsidy? The IRS rebates those tax credits even though GM has no net gain?

I would like to email this article to some friends. Need some help?

It is beyond lawlessness. It is crony tyranny to effect theft (by dilution) from the holders of US dollars to the United Auto Workers.

Some of the tax savings can go to pay out bonuses to union and administrative workers, because they "cooperated with the authorities."

GM to pay more than $400 million in worker bonuses


Joe Ashton, the UAW vice president dealing with GM, joined a GM labor relations executive in signing a message to workers saying that the payments are a good example of how union members are sharing in the company's success.

And to think that U.S. politicians fret over other countries subsidizing their industries that compete against U.S. companies. I wonder how Ford and other G.M. competitors feel about G.M.'s special tax breaks.

I have been aware of the gamesmanship surrounding allowing GM to carrryforward losses that would otherwise have been cut off by the change-of-ownership rules.

The whole transaction has at least a bad odor to it since the regualtory grant was conducted in virtual secrecy. The point seems to hype the GM stock price by creating a tax asset where one would not otherwise exist. (I am old enough to remember the cries against buying losses.)

Of course, if GM doesn't have actual US gains, which has eluded GM for years, will be worthless. It just makes the whole bailout look worse and more sleazy.