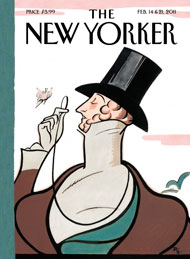 There's no direct way to measure the quality of an institution -- how well a college manages to inform, inspire, and challenge its students. So the U.S. News algorithm relies instead relies instead on proxies for quality -- and the proxies for educational quality turn out to be flimsy at best. ...

[The U.S. News rankings don't] include price. Both its college rankings and its law-school rankings reward schools for devoting lots of financial resources to educating their students, but not for being affordable. Why? [Robert] Morse admitted that there was no formal reason for that position. It was just a feeling. ... U.S. News thinks that schools that spend lots of money on their students are nicer than those that don't, and that this niceness ought to be factored into the equation of desirability. ...

[G]iven that the rising cost of college has become a significant social problem in the United States in recent years, you can make a strong case that a school ought to be rewarded for being affordable. So suppose we go back to [Jeff] Stake's rankings game, and re-rank law schools based on ... a three-factor ranking, counting value for the dollar at 40%, LSAT scores at 40%, and faculty publishing at 20% [using 2008 data]. ...

[T]he Yales of the world will always succeed at the U.S. News rankings because the U.S. News system is designed to reward Yale-ness. ... Rankings are not benign. They enshrine very particular ideologies, and, at a time when American higher education is facing a crisis of accessibility and affordability, we have adopted a de-facto standard of college quality that is uninterested in both of those factors.

Listed below are links to weblogs that reference Malcolm Gladwell's Law School Rankings:

Tempted to say the most "meaningful" metric for evaluation of the quality of education one gets at a law school would be a fear-year-out salary survey of individuals who immediately entered solo practice upon graduation.

I do think that US News should reevaluate their ranking scheme because the rising cost of attendance and higher interest rates for student loans are very important factors when selecting an institution. With a very difficult job market, a $10,000 a year institution within a low cost of living area can be much more desireable than a $50,000 school in a very expensive city. This frees up a graduate's ability to select jobs such as state prosecutors or public defenders offices where they can really practice law versus having to join large firms just to pay the bills. Here is the problem, the prosecutors and public defenders still have work during tough economic times. The big firms are laying off experienced lawyers. $200K in the whole with no job is a lot tougher than $50K in the whole and the ability to work a great job with the potential to gain invaluable experience while serving the public at $50K a year. Not so bad.

Bogus's comment holds some weight. Maybe average indebtedness would be a better factor to consider, though not as clearly reflective of the institution.

Two of the three proxies he uses are ridiculous.

First, the stated tuition tells you nothing about how much schools are actually charging (some schools have a tiered scholarship system where everyone ends up paying different rates).

Second, faculty publishing? Really? A professor spending a lot of time publishing useless law-review articles is somehow directly a good thing for the students at his/her school? If anything, a school should lose points for this.