The 'Lord Voldemort' of Legal Education Takes on Faculty Tenure 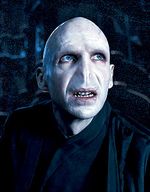 A colleague, Santa Clara University School of Law Dean Donald Polden said, called him the "Lord Voldemort of legal education." Polden is chairman of an ABA committee that is reviewing, and considering scrapping, what many assumed was a requirement that ABA-sanctioned law schools offer faculties the protection of tenure.

During the 2011 annual meeting of the Association of American Law Schools in San Francisco, Polden addressed a capacity crowd during a panel discussion on Thursday titled, "Can There Be Full Academic Freedom Without Tenure?" A spirited debate ensued among panelists and attendees about the role tenure plays in academic freedom and whether it should be required at U.S. law schools. ...

Despite the outcry of opposition, Polden said that little would change if the proposal were adopted into the accreditation standards. "The current draft does not preclude schools from having tenure," he said. "Much like the current policy, it does not mandate it."

New York Law School Dean Richard Matasar said that existing law schools would not move away from tenure even if the proposed standard were adopted because they are so entrenched in that system. However, the proposal would open the door for new law schools to have the flexibility to take a different approach to staffing and develop lower-cost ways to deliver legal education, he said, noting that faculty salary represents between 45% and 50% of law school budgets.

Listed below are links to weblogs that reference The 'Lord Voldemort' of Legal Education Takes on Faculty Tenure:

Computer games will be the classroom of the future. Especially for engineers. It would have happened already if our society had something better to do with teachers and school administrators than what they do now.

Here is what happens in math. Tenure is a major motivation to pass a very long selection process. Currently the number of good applicants for tenure-track positions is barely more than the number of positions. Removing tenure will decrease the main motivation: big salary is good, but peace of mind is more valuable for most. Current faculty will move to Europe or Far East, and newcomers will switch to industry (no teaching, bigger salary). Who will teach math in US? Today, universities teach to undergraduates barely more than high school taught 40 years ago, except for about a thousand of kids (total in US) intending and capable to go to academy. Tens of them survive till tenure-track stage (the rest is filled by foreigners). Their number will drop tenfold, and their teachers will be who? You'll get just a handful of people of professor level annually, and they'll run to big scientific centers in Europe, Canada and Far East after graduation.

And without math, you'll get no engineers, CS etc. in one generation.

"A freedom is something everyone has, a privilege is reserved for the few by definition."

When wishing to redefine a concept, I would strongly encourage one to make sure they use terms according to their respective definitions in the first place. May I encourage a trip to the dictionary: http://www.merriam-webster.com/dictionary/freedom where it should be noted that freedom is never defined as something everyone has but IS defined in one sense as a privilege.

With those semantics out of the way, there is some merit to the debate of whether tenure should evolve in the 21st century. Academic freedom has been used as a cover for some professors to teach precepts of questionable validity. We tend to forget that we are not in charge... that accountability ultimately rests in some board or supervisors and if we are not good stewards of the privileges we currently have, in the future we will see more and more restrictions placed on to placate those who really are in control.

I wish they would stop calling this "academic freedom" and instead giving it the more honest name of "academic privilege". Academics are giving unmatched job security and a near complete like of oversight, even academics that work for public institutions. Academics work under conditions that no one else gets and that makes it a privilege and not a freedom. A freedom is something everyone has, a privilege is reserved for the few by definition.