Did Orange Bowl Abuse its Tax Exemption With Caribbean Cruise? 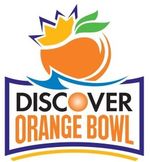 In advance of tonight's Orange Bowl game between Stanford and Virginia Tech, Playoff PAC has filed a supplemental complaint (original complaint here) with the IRS alleging that the Orange Bowl Committee used charitable funds to treat Orange Bowl executives and college athletic directors to a summer 2010 Caribbean cruise where no business meetings occurred. From the press release:

Playoff PAC's complaint concerns evidence uncovered through a series of recent public-records requests.  That evidence indicates that the BCS's Orange Bowl, which is organized as a public charity, used its charitable funds to treat Orange Bowl executives and college athletic directors to a four-day "complimentary getaway" aboard Royal Caribbean's Majesty of the Seas earlier this year.  As shown by the detailed agenda, this Caribbean cruise was a junket.  No business meetings were held.  Attendees were instead occupied with full-day excursions to Atlantis Resort and CocoCay, a private island.  This Caribbean cruise was the 2010 iteration of an annual trip called "Summer Splash."

Playoff PAC co-founder Matthew Sanderson said: "Not only is this cruise problematic under federal tax laws, schools are getting fleeced to pay for these frivolous perks  The Orange Bowl forces participating schools to pay above-market rates for game tickets.  In 2009, Virginia Tech made a $1.7 million loss payment to the Orange Bowl for overpriced tickets.  This year's Orange Bowl participants, Virginia Tech and Stanford, will again lose large sums. These loss payments aren't just to keep the stadium lights on.  They fund four-day Caribbean cruises for Bowl officials and athletic directors.  If the BCS system actually served schools' interests, BCS Bowl officials would cut these types of unnecessary costs rather than extract subsidies from cash-strapped colleges and universities.

Listed below are links to weblogs that reference Did Orange Bowl Abuse its Tax Exemption With Caribbean Cruise?:

Lots of riches and no accountability. It's the dream of every despotic regime around the world. Only in this case it's the multi billion dollar college sports elite who are spending tax dollars.
Remember, Tech is a state school funded by taxpayers. They also are treated like supermen by the local Virginia press...that may explain why no investigative journalism happens within 200 miles of Blacksburg, Va.

The whole exemption is abusive, this is merely icing on the cake (or the orange)?