O.J. Simpson and Other Felons Enjoy Property Tax Break While in Prison 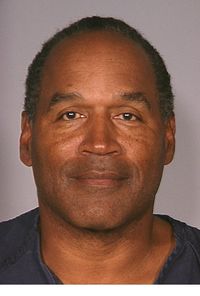 O.J. Simpson may not be coming back to South Florida for a good long while, but he's still entitled to a homestead exemption on his Kendall home.

So ruled the Miami-Dade County property appraiser's office after a neighbor complained that the convicted armed robber and long-ago football and TV star's current extended residency at a Nevada prison should preclude him from receiving the property-tax break usually afforded to Florida homeowners. ...

Florida Department of Revenue rules, which govern the homestead exemption, require that the property be the homeowner's primary residence. But the rules also clearly state that a felony conviction by itself doesn't disqualify anyone. Nor does a temporary absence -- "regardless of the reason for such," the rule book says, "providing an abiding intention to return is always present." So there is no legal basis to rescind Simpson's exemption, said Lazaro Solis, deputy property appraiser.

Listed below are links to weblogs that reference O.J. Simpson and Other Felons Enjoy Property Tax Break While in Prison: